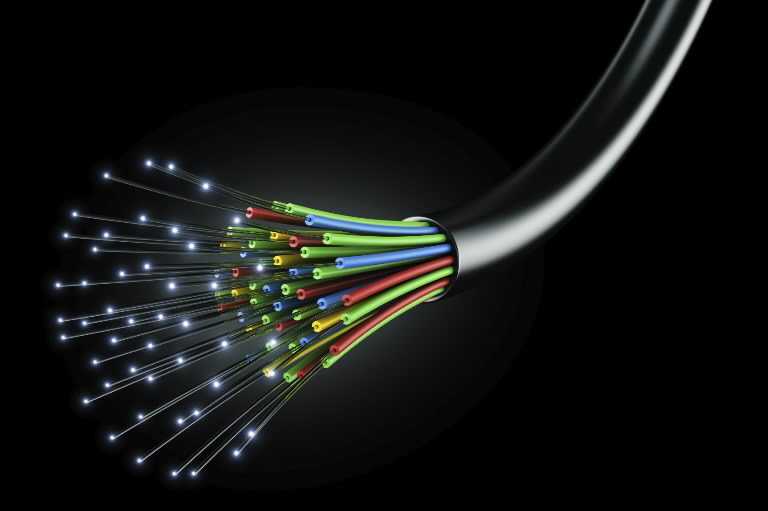 Fiber optic networks are already the preferred choice for Internet connections in countries like USA and UK and following the trend, companies like MTNL and Airtel are offering fiber optic services to Indian consumers. Fiber-optics based Internet can usually transmit Internet speed ranging from 15 Mbps upto 100 Mbps in some countries.

Of late, there is a discussion going on among scientists and researchers on what will happen when fiber-optic cables reach their physical limits. In a matter of few years, the physical barrier of 100 TBps could be reached in five years and could easily break if services like 8K streaming and others become the standard.

It may look like that the Internet Apocalypse may soon end our days of trolling and killing time on 9GAG, but thankfully, it will not happen.

Engineers at UC San Diego’s Qualcomm Institute have successfully tested the limit of fiber-optic transmissions by increasing the power of optical signals almost twenty times the base level. To send the data faster, engineers usually increase the speed by adding more power, which can interfere with the data, scramble it and lead to a state where data is not being delivered at all.

Engineers used wideband “frequency combs” that conditioned streams of information before they were sent out, so that any interference that occurred along the way would be predicted. At the receiving end of the fiber, the information was unscrambled and fully restored.

As Nikola Alic of the Qualcomm Institute, a lead author on the paper, under which the experiment was carried out, puts it, “Today’s fiber optic systems are a little like quicksand. With quicksand, the more you struggle, the faster you sink. With fiber optics, after a certain point, the more power you add to the signal, the more distortion you get, in effect preventing a longer reach.” The team’s use of “frequency combs” will not only keep the signal going but will also allow distortion-free signal.

Internet will live on, after all.