HDFC has introduced WatchBanking, an app that allows you to carry out transactions from your Apple Watch. It’s another matter that the watch hasn’t been very popular in India, unlike its cousins iPhone and iPad. Still, it’s refreshing to see HDFC take the “better-now-than-later” approach, considering that Indian banks are known for being slow when it comes to adapting new technology.

HDFC claims that the app has been designed by keeping the functionality of Apple Watch in mind. For now, the app allows you to carry out ten types of transactions such as Bill Payments and Recharges. It allows you to see your account information and locate nearest ATMs, just like the regular HDFC app for iOS. 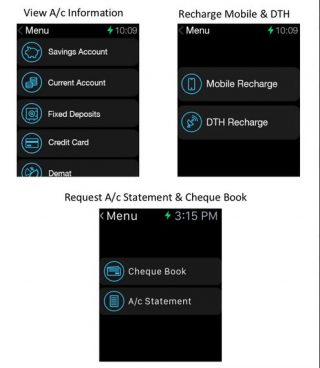 The bank scores extra points as customers won’t have to download a separate app for Apple Watch. They can activate WatchBanking from an upgraded version of HDFC Bank’s MobileBanking App itself. The bank assures no security flaws since the watch will act as a projection device. The data will flow from the mobile phone to the bank’s servers. Additionally, there is a watch banking PIN that the user himself will set during the one-time setup process, using his unique id and password.

HDFC says that it aims to provide banking services through all wearable devices across all platforms, including iOS and Android.

With WatchBanking, HDFC follows CitiBank, which recently launched its own banking app for Apple Watch. The trend will continue to follow if the market for smart wearable grows.