by Rishi BaruahAugust 4, 2015
2
Now Reading
OnePlus to Venture Beyond the OnePlus 2 with a Brand New Lineup of phones
Browse This Page The OnePlus has taken the mobile industry by storm. The Chinese smartphone manufacturer launched the highly successful OnePlus 1 last year, followed by the OnePlus 2 this year. Barely a month after OnePlus announced its latest phone, it has already declared that a new device is in the pipeline. Currently rumoured to be the OnePlus 3, It is speculated to be releasing in December.

Pushing all the rumours aside, OnePlus has confirmed that the new device will not launch on Christmas. Yesterday, four employees of OnePlus conducted a Reddit AMA (Ask Me Anything) session where they answered quite a lot of questions about the current OnePlus 2, along with a few questions about the future device. Most of the questions were related to NFC, wireless charging and quick charging, to which OnePlus replied:

With the OnePlus 2, we made the set of choices that we think delivers the best user experience, but because users are not the same, they won’t all feel the same. That’s fine – we’ll work hard to make each iteration better than the last.

Lastly, they talked about the new phone. OnePlus said the new phone will be an entirely new segment of the company smartphone and should not be considered as a OnePlus 2 successor. This can be true as one employee from OnePlus confirmed saying, “we can only tell you that this is not going to be the OnePlus 3 nor a OnePlus 2s.” He also said, “We’ll be broadening our range this year.” The new device may address the problem of lack of NFC, wireless charging, quick charging or any other features the current OnePlus 2 lacks. The smartphone comes with a 1.8GHz octa-core 64-bit processor with 4GB of RAM. The phone has a 13MP rear camera with sensor pixel size of 1.3 microns, which is supposedly 35% larger than standard smartphone cameras. The added Laser Focus feature will help take clear shots in less that 0.3 seconds. The camera even includes OIS (Optical Image Stabilisation) – a feature previously seen on the iPhone 6 Plus. The company has added a 5MP camera in the front. 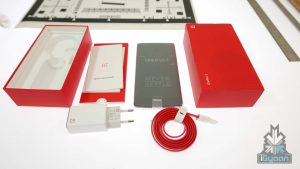 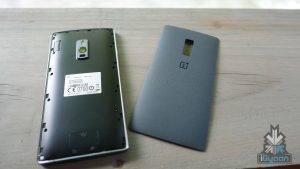 OnePlus 2 comes with a USB type-C port, a first for any flagship smartphone. Reversible in nature, the USB type-C allows for faster data transfers and is compatible with almost every device with standard USB ports.

You can check out the whole unboxing below:

What do you think the next OnePlus device will be named? Comment below.

Rishi Baruah
iGyaan Network's newbie Rishi Baruah is a musician hailing from Mumbai. He plays drums for a Delhi-based band and specializes in Concert Photography. Oh yes, he can cook up a mean four-cheese pizza.
You Might Also Like
LatestMobileOnePlusTech
Read More