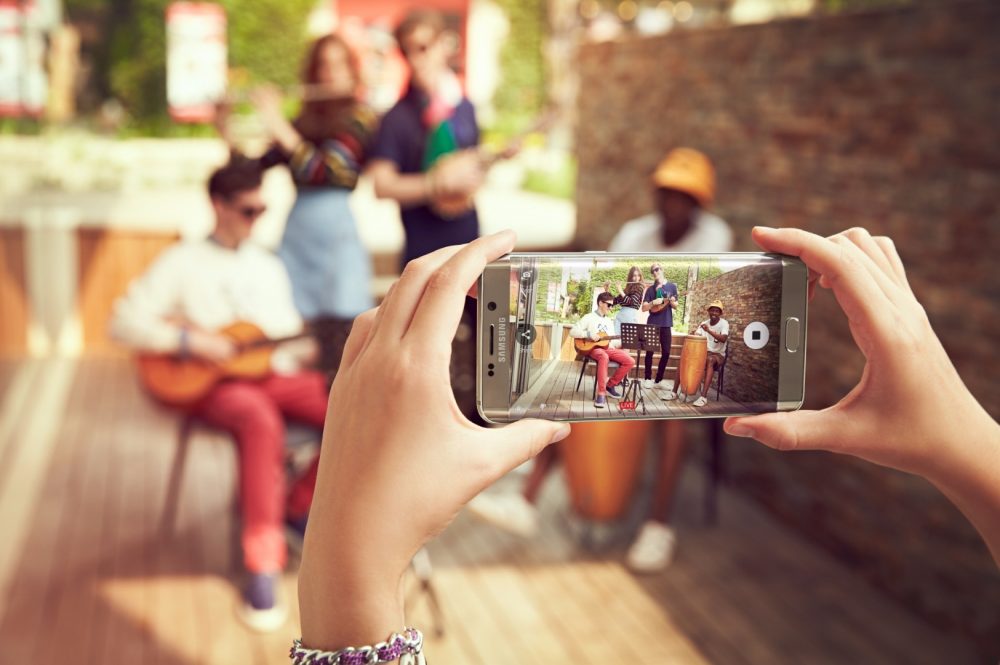 The Galaxy S6 Edge+ is noted to have a bigger display but yet is a smaller and more compact when compared to devices like the iPhone 6 Plus which have a smaller 5.5 inch display. The S6 Edge seemed to be the only premium look and feed Samsung device which even came close to the iPhone 6. But, with the S6 Edge+ it seems like that mission might have reached closer to its target, especially by excluding the expandable memory feature. The device seems almost impeccable when it comes to its design – the S6 Edge had an aluminum frame and was protected by the Gorilla Glass 4 on both sides, this feature has been retained by the S6 Edge+ too. However, the new device looks sleeker with a display that extends up to the edges of the curved screen.

The S6 Edge had been applauded as being the first dual edged display smartphone and the S6 Edge+ continues to be applauded with a slight change of making the edges softer and thereby enhancing the visual appeal of the smartphone, the bigger stance of the phone allows for more display real estate. Samsung has kept most of the hardware intact loosing some pixel density to the larger display. However the LPDDR4 RAM sees a bump up to 4 GB and so does the battery by about 400 mAh. The S6 Edge+ along with Samsung’s new Galaxy Note 5 both support a new feature called SideSync which is much like Apple’s continuity however it goes further by letting you use your phone from the computer screen and share files. This feature is also said to work on both Windows and Mac platforms.

For a comparison between the specs, take a look at the spec sheet below: