IFA Berlin ’15: What to Expect

by Rosheena ZehraSeptember 2, 2015
3
Now Reading
IFA Berlin ’15: What to Expect
Browse This Page IFA Berlin, originally a radio exhibition, has now become a red-letter event in the tech world. One of the oldest industrial exhibitions, it is a consumer electronics trade fair which holds a record of 2.4 billion euro of placed orders.

What you can expect from the event is a myriad of smart-phones, smart-watches, tablets and laptops up for display for potential customers and the international media. About 7000 journalists from over 75 countries have attended and covered this event in the past. IFA has previously been the launch platform of various fancy gadgets, Samsung Galaxy Note series being an example.

The first week of September thus marks Europe’s biggest exhibition of new consumer electronics, and therefore the most perfectly prepared market for the gizmo connoisseur. With all eyes glued on one of the most important events of the tech calendar, here’s a quick look at the many ways we can expect our minds to be blown away over the course of the next three days. Starting with a consistent flag-bearer of the event – the brand is expected to launch its new smart-watch, the Gear S2 at the event. Although Samsung has already revealed most of the details about its upcoming smartwatch, the company promised to give a more in-depth presentation at IFA.

Closely followed by Samsung is Asus’s ZenWatch2 whose price and release date is likely to be announced at the event. The company has promised “dramatically improved” features which include better recharging times with a magnetic connector. Knowing its track record, it is highly unlikely Asus would make an appearance with only one gadget. Hold tight for more updates on what Asus have to offer this year.

Motorola is in toe of these major brands with its launch of the 2nd generation of Moto 360, another gizmo falling in the smartwatch category. This one will be available in two different sizes.

Sony has been fairly quiet about its presence in IFA this year, however it won’t be wrong to expect a slice from its growing range of wearable devices and an expanding set of 4K cameras and TVs. Sony is also expected to release its Xperia Z5, Z5 Compact, and Z5 Premium at the IFA Berlin event today.

Click here to read more about the upcoming Sony smartphones. The stage is set for the LG Rolly portable keyboard. This full-sized QWERTY keyboard for smartphones and tablets rolls up into a stick and therefore is convenient to carry around. Backed by a AAA battery, it is bluetooth enabled and is expected to last three months before running out of power. It would be interesting to note the response to this little gadget –if it’s worth the hoopla or will it be too fancy for any practical purpose. LG has declared September as the tentative time when it will be available for sale in the US.

If rumours are to be believed, Huawei is expected to bring into action its own version of Force Touch technology, present in the Apple watch and speculated to be part of the next iPhone. Apple has described Force Touch as the “most significant new sensing capability” for it included Multi?Touch in older MacBook laptops. A Force Touch includes the usual gestures like scrolling and swiping along with a customisable feature in the trackpad called Force Touch. The users can adjust the feature’s sensitivity enabling them to determine the pressure required to determine a click.

Additionally, updates on the price and release date of the Android Wear-running Huawei Watch are also expected to be announced this IFA.

The company has kept its plans carefully and deliberately under wraps this year. However the air is rife with rumours of a 5.5-inch Vibe P1 Android handset that would perhaps be coupled with a 5,000mAh battery.

If Intel manages to market its Skylake range quickly enough, there is much to look forward to in terms of the Wintel combination. Intel’s Kirk Skaugen has already said, “Windows 10 and Skylake processors were ‘designed together.” Today at IFA, the entire Skylake range is going to be released, covering perhaps the broadest range of devices in the company’s history. With Windows 10 now out, PC makers everywhere should expect all sorts of new things and updates since the processor and Windows updates have already lined up quite conveniently for some big news this year. 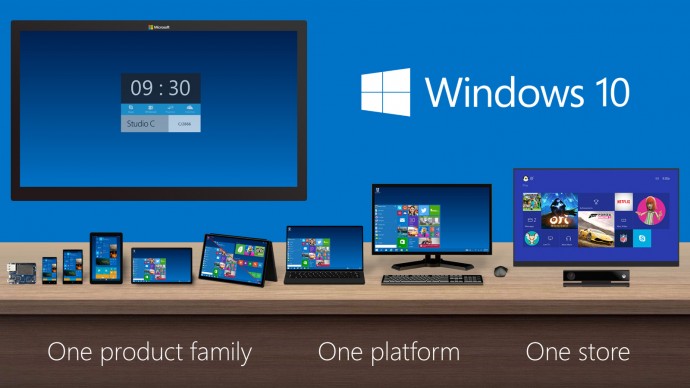 There are a whole bunch of other brands to watch out for. Not being mentioned separately does not reduce their importance and contribution at IFA ’15. If we would have it the Arthur C. Clarke way when he said, “Any sufficiently advanced technology is indistinguishable from magic”, it’s time to sit back and let the magic begin!