With its genesis in a fateful January day of 2012, drama around Kim Dotcom’s life continues to unfold with matters coming to a head next week. The hearing starts this Monday and it would decide whether or not Dotcom would be extradited for current charges of racketeering, money laundering and copyright infringement over his now defunct website MegaUpload. Three years ago, Dotcom had woken up one morning to find the Special Task Force at his doorstep, swinging from helicopters reminiscent of your regular Hollywood action flick (video below).

How it all began:

Back in March, 2005, a German-born internet entrepreneur, Kim Dotcom (born Kim Schmitz) started a Hong Kong based website called Megaupload. The main job of the site was to provide online file hosting that included storage and viewing, along with financial and advertisement services that included Megafund and Megapay. Millions of users across the world used Megaupload to share and access all sorts of visual entertainment, music and software. It had 50 million visitors every day and amounted to 4% of internet traffic.

On the 19th of January, 2012, the website was taken down by the United States Department of Justice on charges of copyright infringement. This was followed by the indictment and arrest of the founder and owners of the website, namely Kim Dotcom and three of his colleagues. A series of DoS attacks were carried out against umpteen US government websites and copyright organisations by Anonymous in reaction to these arrests.

Public opinion all over the world unanimously reached the consensus that ‘The Raid’ was a little too over the top, to put it subtly. The intricately planned manner of the arrest was definitely suitable for a first-degree criminal, one capable of corporeal harm in the case of an unexpected arrest. But for a self-proclaimed kingpin of the virtual world? Well, let’s just leave it at that. Dotcom was physically roughed up by the officers who had arrived at his New Zealand mansion using a…wait, what was it again? Yes, a chopper! He was immediately taken into custody and put on a house arrest. He has continued to maintain residence at his mansion since then.

Dotcom refuses to back down – say hi to MEGA, among other things:

Exactly a year after Megaupload was shut down, Kim Dotcom came out with MEGA, the successor to his first major gig in the virtual world. The new website, based in New Zealand, is also a file hosting and cloud storage service which prevents government or third parties to access information of the users. Mobile apps for MEGA are available for all major operating systems like Android, Blackberry, iOS and Windows. MEGA allows users 50 GB of free storage and upto 4 TB on a payment of a reasonable amount. Its most advertised feature is the local encryption of files before they are uploaded. This implies that MEGA doesn’t know the code to the uploaded files and therefore cannot decrypt them to view the content, thereby enabling absolute privacy to the users of the site, at the same time washing its hands of all responsibility of the content that goes up. Despite being on house arrest which allows him to cover a distance of 80 kilometres around the periphery of his residence, Dotcom has stayed a noted personality online. With a fan-following of his own, Dotcom does not hesitate from taking to social media to express dismay at his on-going legal proceedings. Amidst all this work, Dotcom also managed to found a political party in 2014. Called the Internet Party, it too has its headquarters in New Zealand like MEGA. Kim now has 5 kids, an estranged wife, a supremely expensive piece of property in New Zealand (current worth -take a deep breath- $90 million) and a threat of expedition looming right over his head. He would have to be proved guilty of a crime both in New Zealand as well as in America to be extradited to Virginia, America. His court hearing starts in New Zealand on Monday and thus begins a circus of media, court-room scenes and the fate of a self-professed internet entrepreneur. Indian Origin Student Destroys 51,000 $ Worth Computers In US With A USB Killer
Read More India Has The Most Affordable Mobile Data In The World, According To A Study
Read More 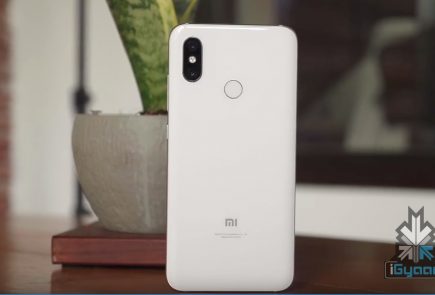