Apple to Launch a Larger Screen Watch Next Year If speculations are to be believed, the new Apple Watch is to be released next year. The Watch is to have a display of 46 mm or 48 mm. These rumours have instantly sparked off a discussion on the pros and cons of the Watch. Right when Apple had been swept aside as a company that would not jump on the bandwagon of phones with large displays, iPhone 6 and 6 Plus had made an appearance. Not only did the phones go ahead to witness an unprecedented rate of success, but they also made the customers accept the advantages of bigger displays. 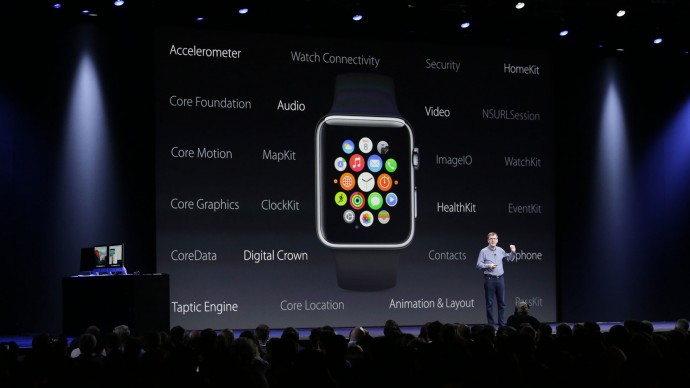 Similar things could be expected of the Watch. One of the disadvantages of the current version is the small display which spoils a YouTube or Google Play experience for the user. The new display, along with an updated OS and an improved version of the existing features would make it easier for potential buyers to be drawn towards the gadget, irrespective of a sky-touching price tag. The Apple Watch currently falls within the vast price bracket of Rs. 29,000 ($349, £299) – Rs. 11,00,000 ($17,000, £13,500)! The next one can be expected to be anything but inexpensive. The release of the new Apple Watch can be hoped to be one of the two big events Apple hosts every year.

likethis
What's your reaction?
Awesome
0%
Epic
0%
Like
0%
I Want This
0%
Meh
0%
Posted In
Apple, Latest
Tags
Apple Watch
Apple Watch
About The Author