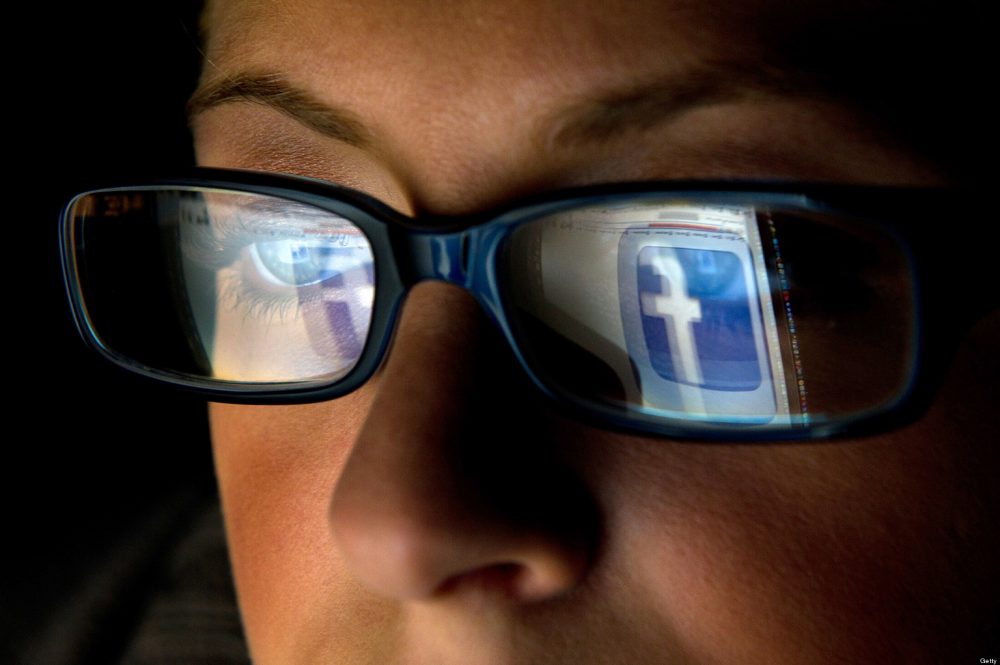 FILE: In this file photo the Facebook Inc. logo is reflected in the eyeglasses of a user in this arranged photo in San Francisco, California, U.S., on Wednesday, Dec. 7, 2011. A Facebook IPO would provide funds to help the social-networking service maintain its expansion and fend off competition from Internet rivals such as Google Inc. and Twitter Inc. Photographer: David Paul Morris/Bloomberg via Getty Images
Share via

Facebook, like smoking or drinking, can be regarded as an addiction for the digital age. Well, maybe not as harmful to the body as the latter, but according to a study conducted by the Happiness Research Institute (yes, it’s a real place), Facebook can be quite harmful, mentally.

A study was conducted by the Happiness Research Institute on 1,095 Facebook users in Denmark to see how the social media might be affecting their mood. The researchers first discovered that over 94% of the participants visited Facebook on a daily basis.

The subjects were them split into two groups – one group continued their daily use of Facebook while the other were made to stay off the site completely. One week later, the Happiness Research Institute found that 88% of the quitters said that they felt “happy,” while 81% of Facebook users felt the same. According to the results, Facebook users reported greater rates of anger, worry, sadness, depression and loneliness; while the quitters reported higher rates of happiness and enthusiasm, better social lives, fewer problems with unproved concentration. Let it be known that this study is far from being scientifically accurate as the subjects basically wrote down what they felt, which cannot be all taken at face value. But the study itself revels a growing concern over our dependance on scrolling through timelines and news feed every chance we get, worrying about our status updates and the number of likes, among other things.

Let’s be honest, we’ve all felt like giving up Facebook at some point in our lives. We’ve also deactivated our accounts only to return to it the next day. The potential effects of Facebook and other social media addiction cannot be properly quantifiable, which is what makes this form of addiction silently scarier than others. Let us know what you think about the effects of social media on you in the comments below.

Sanket Vijay
When not indulging in reading or writing, Sanket fanboys over The Flash, Star Wars, Coldplay, and U2. And pizza, he loves his pizza. Follow him on Instagram for more.
You Might Also Like
FacebookLatestLifestyleSocial Media
Read More