Letv made its presence felt at CES 2016 today in a big way. The internet and technology conglomerate unveiled the world’s thinnest TV. Yes, it’s Letv who has done it this time with a Max65 Blade that actually lives up to its name.

Because the 65-inch TV was designed to set a new record for slimness, it comes with a separate speaker rather than a built in one. 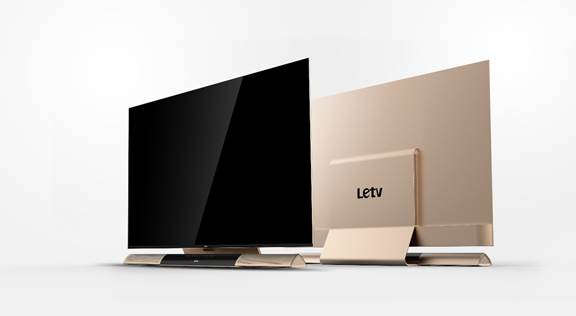 But just when you thought Letv had managed to inspire awe in those present at the event with the TV, the company pulled another surprise by bringing out the world’s first smartphone with Qualcomm’s Snapdragon 820 chipset. Yes, it is Letv again that has beat the likes of Samsung to become the first company to use the Snapdragon 820 SoC for its new smartphone, Le Max Pro.

Along with this powerful new chipset under the hood of the device, the Le Max Pro will be featuring ultrasonic fingerprint technology made possible by the chipset and it will also support WiFi ad. Letv has indeed managed to steal the spotlight at CES 2016 with these two announcement.

Another interesting point to note is that it was confirmed that Samsung would have the exclusivity of the new Snapdragon 820 chipset for the first quarter. So, seeing that Letv has managed to sneak in its own device sporting the new SoC first could mean that other companies ready to release their Snapdragon-powered flagships might not need to wait until April to do so.

Sanket Vijay
When not indulging in reading or writing, Sanket fanboys over The Flash, Star Wars, Coldplay, and U2. And pizza, he loves his pizza. Follow him on Instagram for more.
You Might Also Like
DesignLatestMobileTech
Read More

Must Read:Code Like a Pro With BitBucket Git Solution