LG G5 to Feature an Always On Display Mode Last week, LG confirmed that its LG G5 flagship will be officially unveiled on February 21 at the ‘Unpacked’ event just before the MWC. Today, just days before the unveiling, the company has revealed a new feature for the G5 – an Always On mode.

The Always On mode, much like the Active Display found in Motorola devices and Ambient Display in Google’s latest Nexus phones, displays notifications on the screen without having to turn the screen on. This feature that is slowly growing in importance will also be seen in the new Samsung Galaxy S7 devices, according to rumours. 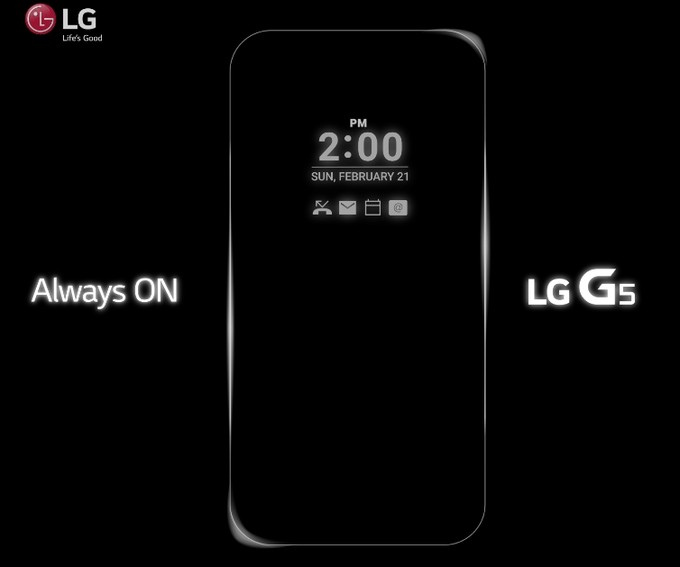 The image release by LG shows the Always On feature as well as an outline of the phone itself, the shape of which looks similar to past renders of the device. Furthermore, it is also reported that the G5 will be made out of metal and will also feature a fingerprint scanner and a dual rear camera setup. It won’t be long before these rumours will be confirmed as we appraoch the big day.