LeEco is set to launch their revision to the Le 1s, the Le 2,  on the 8th of June in India. According to rumours the phone will become available immediately, but the company might be thinking of shifting its sale from Flipkart to Amazon to cater to large customer requests. 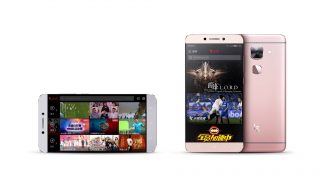 Le 2 has a 5.5-inch HD display, a 2.3GHz deca-core MediaTek Helio X20 SoC and 3GB of RAM.= 16-megapixel rear camera and an 8-megapixel front camera complete the optics and has 32GB of flash storage. The Le 2 has a 3000mAh battery, and supports LTE connectivity.