Apple iPhone 7 to be More Affordable in India

by Bharat NagpalJune 3, 2016
32
Now Reading
Apple iPhone 7 to be More Affordable in India
Browse This Page We have already heard that Apple is planning to launch the iPhone 7 at the same time in India as major markets like the US and UK. According to a new tip Apple is working on launching the iPhone 7 at a price lower than before and also with attractive payment plans.

According to our insider working closely with the launch of the Apple iPhone in India, he claims that pricing for the next-gen iPhone 7 will start at Rs. 49990 for the base model of the iPhone 7 (which could be a 32GB model), Apple is also working closely with Citibank and Bajaj Finserv to deliver 0% interest EMI options for customers looking to buy the iPhone 7 at launch. The plans will range upto a period of two years and will have no processing fees or surcharge.

This will give the sales of the iPhone a big push in India, with consumers getting the ability to own the otherwise difficult to afford smartphone. 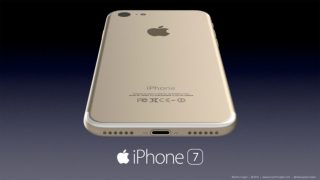 Apple globally works with Network carriers to make the iPhone easily available to customers. In India, however, network carrier monthly device plans have not been a success and after the Reliance “Dhirubhai Ambani ” device offer fiasco, India network providers have generally stayed away from such plans.

Apple has however worked with Airtel and Vodafone in the past to offer up the iPhone at attractive monthly payments. This time it seems Apple is ready to go all out.