by Bharat NagpalJune 1, 2016
115
Now Reading
Apple will launch the iPhone 7 in India at the Same Time as the US
Browse This Page Tim Cook’s recent India visit may have paid off more than people were expecting. Apple will launch the next iPhone 7 in India at the same time as most major markets like the US and the UK, according to our source, who is in proximity to the launch planning.

In India, Apple loses major of its initial sales push to the Grey market imports, or to people purchasing the iPhone overseas. Apple wants to cut this down by launching at the same time as the major markets.

India is one of the strongest growing smartphone markets in the world and Apple sees the large potential in the market. 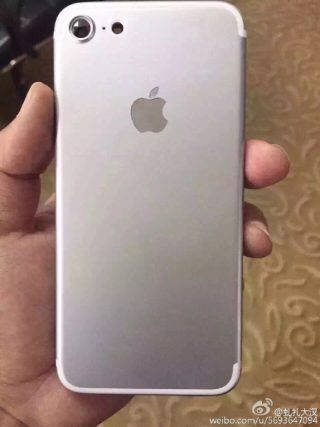 Our source (who explicitly wished to remain anonymous due to his dealings with Apple) also mentioned that Apple is working hard on bringing not only the official Apple Stores experience to the main cities, but also to the online Apple Store which does not exist in India.

The company (Apple) is not only in the process of setting up Apple Retail stores that everyone is talking about, but also the official online Apple Store, which will allow people to customise their purchases.

While this information is not far from what Apple has officially announced, and the company is in talks with the Indian government to allow licensing for the retail stores. We still have to see if Apple will bring the full Apple experience to India. Something which many users complain has been lacking, especially the Apple Care experience which is possibly the best anywhere an official Apple store exists.

If Apple does launch the “full experience” online Apple Store, people may finally be able to customise their MacBooks and iMac as per required specs, have them shipped directly to their houses and also finally be able to get “I’m Batman” laser engraved on their iPad or iPhone.

Bharat Nagpal
Founder and Chief Editor of iGyaan. Bharat likes to keep on top of technology ! Follow Him on Google Plus : Google+
You Might Also Like
AppleBusinessLatestMobile
Read More