Samsung’s flagship device of the year, the Galaxy Note 8 is all set for launch on August 23. Earlier this month, Samsung sent out press invites for the official unveiling of the Galaxy Note 8. The invite carried an image featuring an outline of a device with an Infinity Display, thin bezels on the top and bottom and a stylus.

The invite just offered a glimpse of the Galaxy Note 8 silhouette, but a recent tweet has revealed the smartphone in its “Midnight Black”color variant. 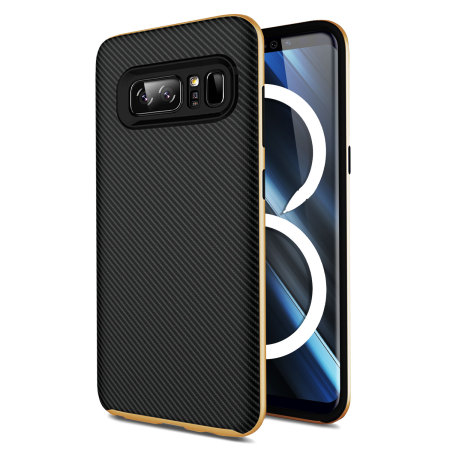 The smartphone is said to feature a horizontally placed dual rear camera set up. Each sensor is expected to be a 12MP, while one will provide 3X optical zoom for a close-up shot. The dual cameras will enable brighter low-light shots when used in tandem, along with the other features like background effect (to blur the all but the subject of a shot), perspective view (which tilts the image based on how you rotate your phone) and a depth-of-field effect.

Samsung seems to be opting for a 3,300mAh battery pack for the Galaxy Note 8 which is slightly smaller in comparison to last year’s Galaxy Note 7 which had a 3500mAh battery. The decision of installing a smaller battery might be a smart one, considering the last years battery failures.

Given last year’s Note 7 recall, and the damage it did to the brand, Samsung is under pressure to deliver a smartphone that could win back the customer’s trust and re-establish the Galaxy Note name in the Smartphone market.