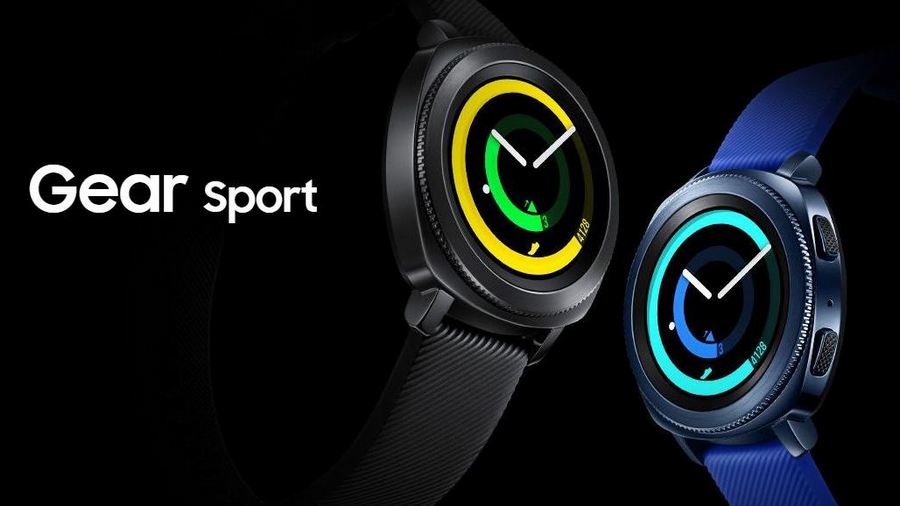 Samsung announced the Gear Sport smartwatch, the Gear Fit 2 Pro fitness band and the Icon X 2018 wireless earbuds at the IFA 2017 in Berlin. All three wearables emphasize upon fitness features like the ability to swim in salt water with the Gear Sport and Fit 2 Pro.  Though the Icon X 2018 earbuds launched with the ability to interact with Bixby, Samsung skipped the voice assistant’s support in the smartwatch and the fitness band . The new Samsung Gear Sport pushes further into fitness by adding few new features like 5 ATM water resistance for swimming, capacity to store 500 Spotify songs along with the already present heart rate tracker, GPS, and a rotating control bezel. Though the pricing details are still unavailable, the Samsung Gear Sport is expected to cost between $200 and $300.

Following are the specifications of the smartwatch – The Gear Fit 2 pro, unlike its earlier variant, comes with a 5 ATM swim-ready water resistance. The fitness band appears to be competing with Garmin and Fitbit with features like onboard GPS, offline music storage for Spotify and improved heart rate and fitness tracking.

The tracker is priced at $200 in the US. As far as features are concerned, here’s a list of few of them – Samsung unveiled an updated version of the Icon X headphones at the IFA 2017. The Icon X 2018, much like the original wireless headphones include heart rate monitoring along with the increased battery life.  Instead of a 90 min battery life( in the Icon X), The new Icon X 2018 now has 5 hours of battery life when streaming audio from a phone. In addition, Samsung has made a chargeable battery case with the included USB-C cable.  Other features include tapping the headphone which activates the Running Coach feature – provides aural feedback on your progress. The new Icon X headphones also support Samsung’s voice assistant which can be accessed by tapping and holding the earbud to access voice control on your paired Galaxy phone. The Icon X 2018 headphones are designed to work only with Samsung phones running Android 4.4 and above. The headphones have internal storage of 4GB per bud. As for specifications,

Samsung usually hosts two separate events at IFA every year, one for its electronics and one for mobile. This year, the company decided to host one event combining the announcement for both smartphones and electronics. Samsung also hosted another major event in New York, where it revealed the Galaxy Note 8.