Earlier in the month of September, it was reported that Amazon will be launching its Prime Music services and Amazon Echo Dot in India. Now, Amazon has launched three smart speakers from its global lineup in India at a starting price of Rs 4499. In order to purchase any of the devices, customers need to request an invitation on Amazon’s official listing for the three devices namely, the Echo, Echo Dot and Echo Plus. The company also announced that it will soon be launching its Prime Music service in India.

Bringing voice assistants to India is always tricky because of the diversity of accents from one part of the country to another. Amazon claims that Alexa has been customised for the Indian audience, which now supports local pronunciations and intonation. Alexa also supports local music titles, names and places. Amazon claims that it brought in Indian developers to optimise Alexa for the Indian consumers.

During the launch, the company said in a statement:

10,000 skills will be available for customers in India, including skills from Saavn, Times of India, ESPNcricinfo, Ola, Freshmenu, and more. Tens of millions of customers are already using Alexa, and today we’re excited to bring her to India with an all-new experience designed from the ground up for our customers in India,” said Dave Limp, senior vice president, Amazon Devices and Services. The combination of Alexa and Echo provides customers with hands-free access to music, weather, news, information, and more—just ask. Priced at Rs 14999, the Echo Plus is the most expensive of the three smart speakers released on Wednesday in India. It is about the same size as the original Echo from 2014 but, also acts as a smart home hub with second-generation far-field voice recognition and enhanced sound. The Echo Plus uses Zigbee as a low-power way to extend its wireless range and can control more than 100 smart home devices in the market via voice, without any apps required. The device measures 83.5 x 83.5 x 32 mm and weighs 163 grams. The Echo Plus will scan the room for smart devices and set it up automatically. There is a new Alexa feature which was demonstrated during the Amazon hardware show which was the series of tasks that can be triggered with a simple phrases. The Echo Plus, once set up and connected to all the smart devices in your home can open the blinders, start the coffee machine and tell the weather by just saying “Good Morning Alexa.” 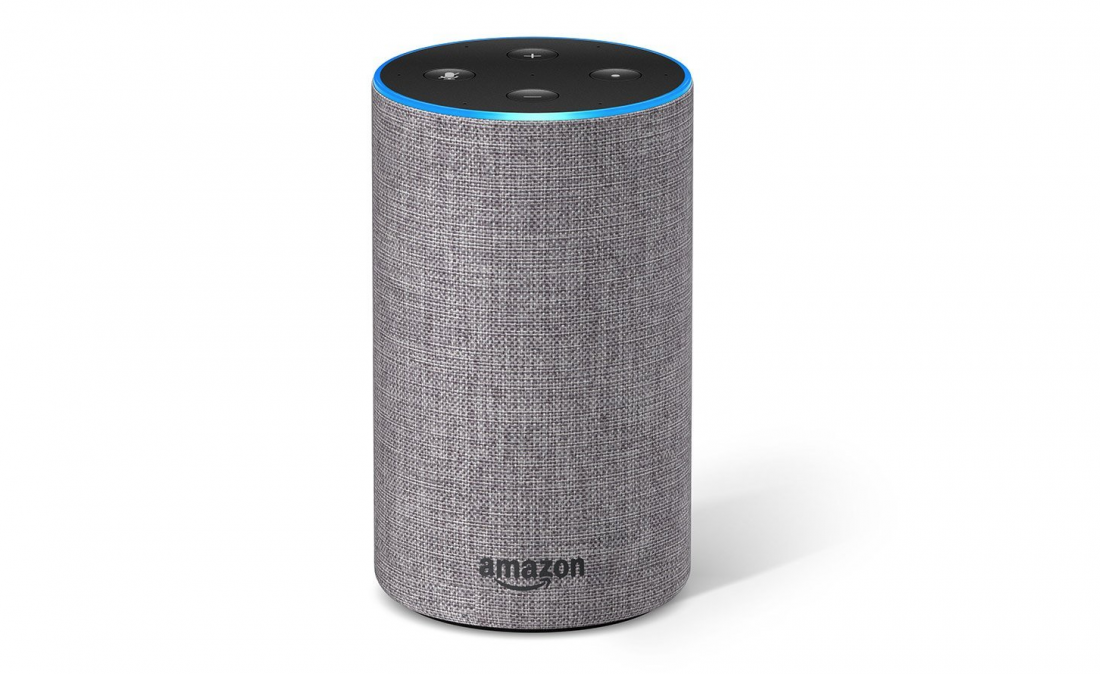 At the Amazon Hardware show, the company also launched a new refreshed version of the Amazon Echo of 2014. In India, it is priced at Rs 9999 and will be available in a host of different finishes like wood and cloth. It is a smart speaker and does things at your (voice) command like book an Uber, place an order on Zomato or play your favourite playlist from Saavn. The device measures 148.5 x 88 x 88 mm and weighs 821 grams. It features 2.5-inch woofer and 0.6-inch bass tweeter.

The Amazon Echo Dot is priced at Rs 4499 in India and is also the smallest sibling and has all the functionalities that an Echo possessed but, with a lower sound quality. The device measures 83.5 x 83.5 x 32 mm and weighs 163 grams. A good thing about the Echo Dot is that it can be connected to other speakers for a better soundstage and still retain its core ‘smart’ features.