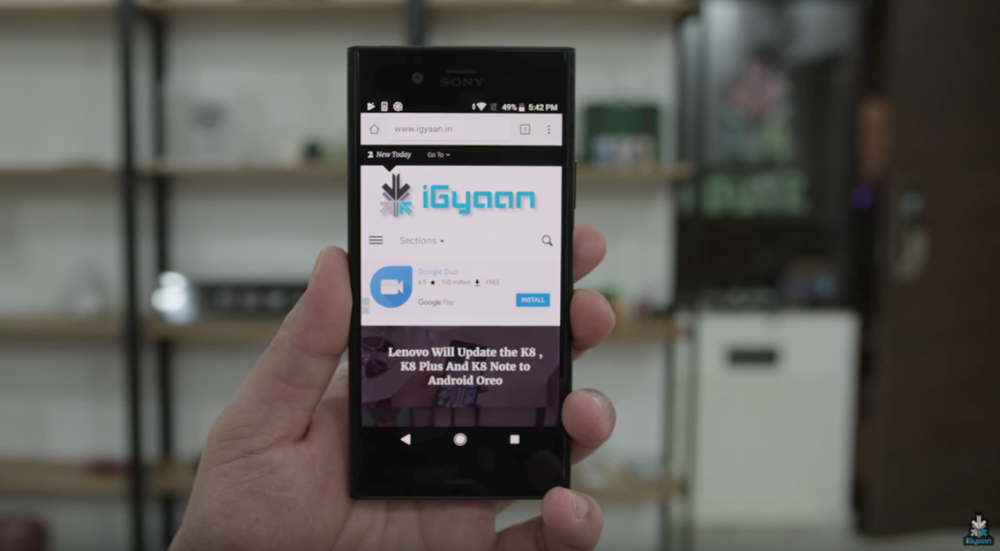 Sony launched the Xperia XZ1 in India on the 25th of September at a price of Rs 44990 and went on sale the same day through both offline and online channels. The smartphone is available only in Black colour in India unlike its global variant which is available in Snow Silver, Horizon Blue, and Twilight Pink as well. The highlights of the new flagship smartphone is that the phone runs Android 8.0 Oreo out of the box and the 3D scanning camera. Let’s unbox the new Sony Xperia XZ1 and see what we get inside the box: First look at the phone is enough to tell you that it is indeed a Sony smartphone. The rectangular build of the phone is reminiscent of the previous generation Sony Xperia smartphones. There is a thick forehead and chin on the phone which house the front firing stereo speakers which has become a rare right. The lock and unlock button also houses the fingerprint sensor.

The Sony Xperia XZ1 has a 5.2 inch 1920 x 1080 px display with Corning Gorilla Glass 5 on top for protection. The design of the phone is reminiscent of a lot of previous Sony flagships, dating back to 2013’s Xperia Z. The device runs Android 8.0 Oreo out of the box and is powered by a 2700 mAh battery, which is considerably smaller than a lot of smartphones in the market. Under the hood, the device has the Qualcomm Snapdragon 835 chipset, similar to the one found in XZ Premium, 4GB RAM, and 64GB onboard storage which is expandable up to 256GB via microSD card. For the launch offers, Sony is bundling a Quick Charge 3.0 charger in the box for a limited time while the buyers can purchase the Sony Style Stand Cover for Rs 2,490 which costs Rs 3490 originally along with the device. HDFC credit/debit card holders and ICICI credit card holders can also avail a 5 per cent cash back on purchase.

likethis
What's your reaction?
Awesome
0%
Epic
0%
Like
0%
I Want This
75%
Meh
25%
Posted In
Latest, Mobile, Sony, Unboxing and Hands On
Tags
sony xperia xz1
sony xperia xz1
About The Author

Vipul Vij
Always found in a Hooded Shell, Excited by technology, tortured by his eating habits. Handles content at iGyaan.
You Might Also Like
LatestMobileSonyUnboxing and Hands On
Read More