Samsung Galaxy S9+ and its smaller sibling, the Galaxy S9 will be launched on the 25th of February. The company sent out press invites, hinting at a major upgrade in the camera department of both the devices. There have been plenty of leaks revealing the design of the two phones. The latest render of Galaxy S9+ gives us a closer look at what the new flagship might look like. As expected, the renders reveal a dual-camera setup for the Samsung Galaxy S9+. Samsung has taken this decision to make sure there is a definitive difference between the two models. As expected, there is a 3.5mm headphone jack on the bottom of the phone along with a single speaker and a USB C port.

The Galaxy S9 and Galaxy S9+ will have glass on the back since it will support wireless charging. Even though wireless charging has recently received a lot of attention, Samsung has been implementing wireless charging in its flagship phones for some time now, dating back to Galaxy S6. The fingerprint sensor, placed below the dual-camera setup is in a much better position. Another video of a Galaxy S9 dummy has been leaked which reveals a design similar to the Galaxy S9+. The dummy in the video looks much thicker than what the actual device will be. However, similar design elements from two different leaks is an encouraging sign. The video shows a person revealing the Galaxy S9 from all angles. The Galaxy S9 will have a single camera on the back and a smaller screen size. 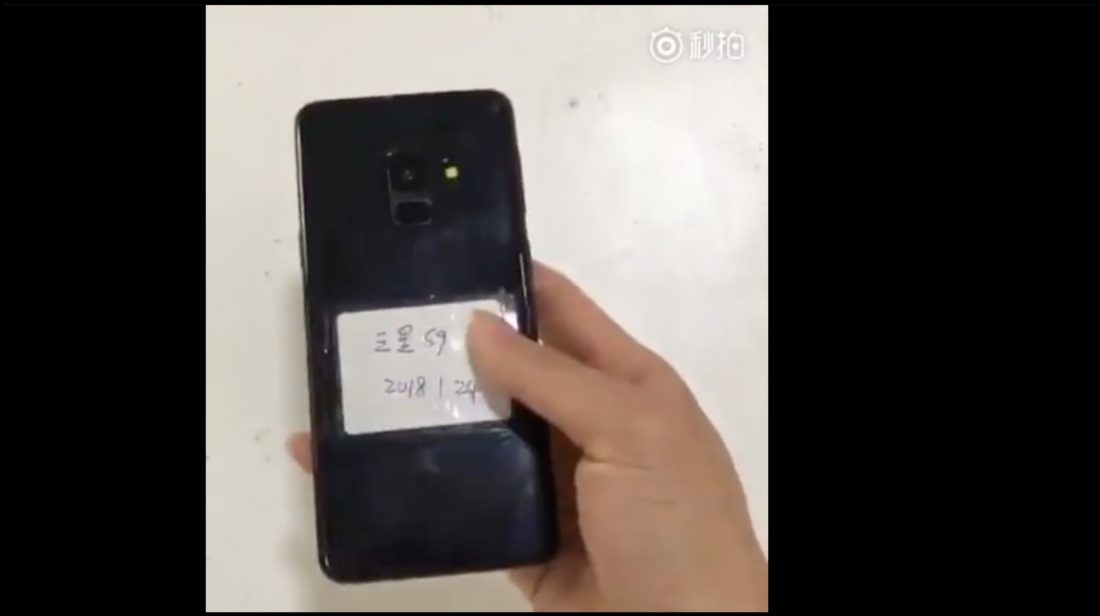 The Samsung Galaxy S9 and Galaxy S9+ are expected to be the most sought after flagship phones at least in the early part of 2018.