by Vivek UmashankarMarch 20, 2018
0
Now Reading
Huawei P20 Pro To Have A 40MP Camera
Browse This Page Huawei all set to launch its trio of flagship smartphones in France on the 27th of March. However, the Huawei P20 Lite is already available in some countries. In our previous story, we covered a leak about the Huawei P20 Pro’s triple camera setup. And now, a new leak talks about the camera capabilities of the Huawei P20 Pro, that the smartphone will have a 40MP camera.

The Huawei P20 Pro has a 40MP primary sensor, which supports 5x hybrid zoom. Note that, hybrid zoom is obtained with the combination of optical zoom and digital zoom. There is a secondary 8MP sensor, which offers 3x optical zoom, which also helps to create portrait mode. Similarly, there is a third sensor with 20MP resolution. Unlike the other two sensors, this is a monochrome sensor which helps to capture contrast and sharpness. The sensor comes with f/1.6 aperture and f/2.4 aperture with Leica branding. Huawei recently released a teaser video, which arguably talks about the slow-motion video capabilities of the device. Going by the video, the device is expected to support 1080p @120fps.

The device will have a 4000 mAh battery with 20watt fast charging capability. The device is IP67 certified, similar to the Apple iPhone X. The leak also confirms that the device will not support wireless charging. 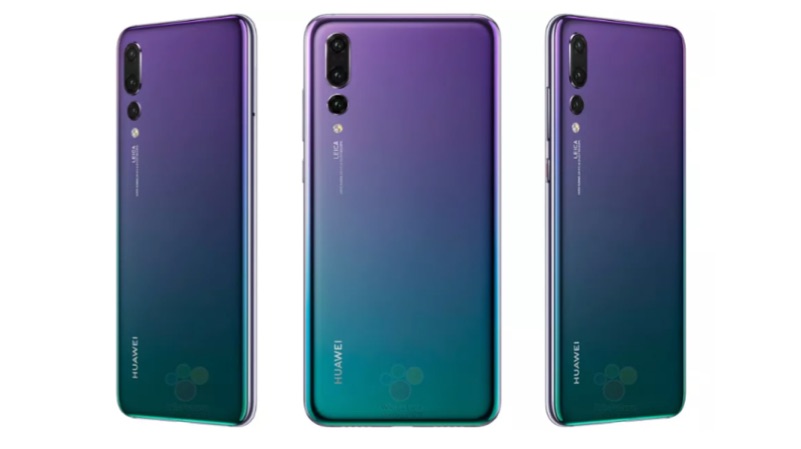