by Vivek UmashankarMarch 20, 2018
0
Now Reading
Moto E5 Plus With A Glass Back Leaked In Hands-On Images
Browse This Page Motorola is expected to launch the Moto G6 and E5 series in the coming months. However, we are yet to receive any official statement from the company on these devices. Leaks and rumours have suggested that all the upcoming smartphones will have 18:9 aspect ratio display with a glass unibody design. This time someone has leaked the live images of the Moto E5 Plus, which reaffirms the aforementioned facts.

The leaked images show the Moto E5 Plus in its all glory. The smartphone has a glass back with a circular camera cutout similar to the Moto X4. However, even though it has two camera grills, the device has a single camera sensor. The moto logo is just below the camera cutout, which might house the fingerprint sensor. But, except for the Moto M, the company has never implemented a rear-facing fingerprint sensor. On the front, we have a taller display, with 18:9 aspect ratio with rounded corners on all four sides, similar to the Xiaomi Redmi Note 5. Additionally, there is an earpiece, front-facing camera and an LED flash.

The Moto E5 Plus comes with 5.8-inch 1440 x 720px IPS LCD display with 2.5D tempered glass protection. Under the hood, the smartphone is powered by an unknown quad-core chipset with 3GB RAM and 32GB/64GB onboard flash storage.

The mobile has a primary camera setup with dual camera cutout like the recently leaked Moto G6 lineup. However, it just has a single 16MP primary camera and an empty cutout. Similarly, there is an 8MP front-facing camera assisted by an LED flash. The smartphone will have a sealed 5000 mAh Li-ion battery. 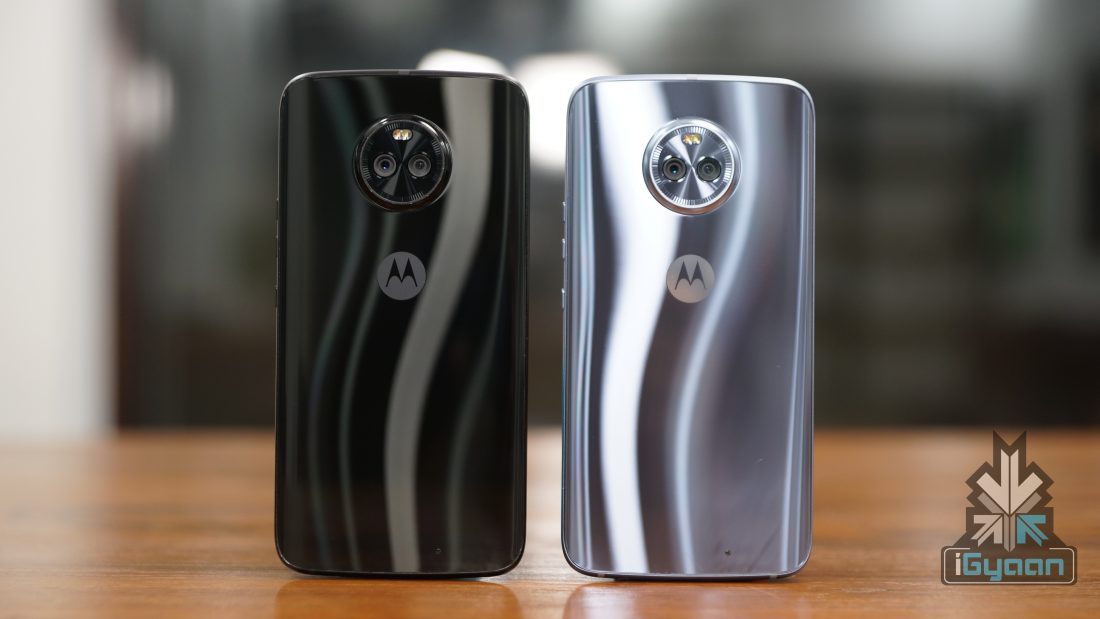 The smartphone is expected to run on nearly stock Android 8 Oreo OS. In fact, there were rumours of Motorola adopting Lenovo’s custom skin for its upcoming line of budget smartphone. That, however, does not seem plausible.