OnePlus launched the OnePlus 5T Lava Red in India in late-January. It was sold via a flash sale on Amazon and went out of stock pretty quick. However, the demand for the Lava Red OnePlus 5T has made the company restock the Indian shores with the device. As a part of Valentine’s Day offer, the Lava Red OnePlus 5T is back in sale via Amazon, OnePlus.com and OnePlus Experience Stores.

It is priced at Rs. 37999 as it is only available in the 8GB RAM variant. The Valentine’s Day offer will run until the 14th of February and has a few good deals for prospective buyers. People who buy the Lava Red OnePlus 5T from Amazon can get an instant discount of up to Rs. 1,500 by using an SBI credit card. They will also be eligible for 3 months of zero-interest EMIs.

People who buy the OnePlus 5T Lava Red from the OnePlus Experience Stores or OnePlus.com will get a cashback of Rs. 1500. OnePlus has also announced a new referral program for users who bought either the OnePlus 5 or the OnePlus 5T before the 30th of January. All such eligible customers will get two referral codes via email. Using these codes, if anyone purchases the OnePlus 5T, both the referrer and the new buyer will get a warranty extension of up to three months each. The company is also offering the first 500 successful referrers and referees a pair of Bullet V2 earphones each.

The Lava Red OnePlus 5T looks and feels exactly the same as the Midnight Black variant except it is red in colour. The smartphone has the same matte finish on the back which makes it a bit slippery to hold but, otherwise it’s a very sturdy phone. Depending on which side you’re on, you’ll be happy or sad to know that OnePlus has retained the black colour for the front of the smartphone, something that a lot of people wanted in the Product Red iPhone 7 and 7 Plus.

The power button, volume rockers and the fingerprint sensor are also red in colour with the black OnePlus logo providing a bit of contrast on the back. There is a small camera bump on the back which means that the OnePlus 5T doesn’t lay flat on a surface which may bug a few people while others won’t even notice it. The headphone jack, USB C port and the single bottom firing speaker reside on the bottom of the smartphone. 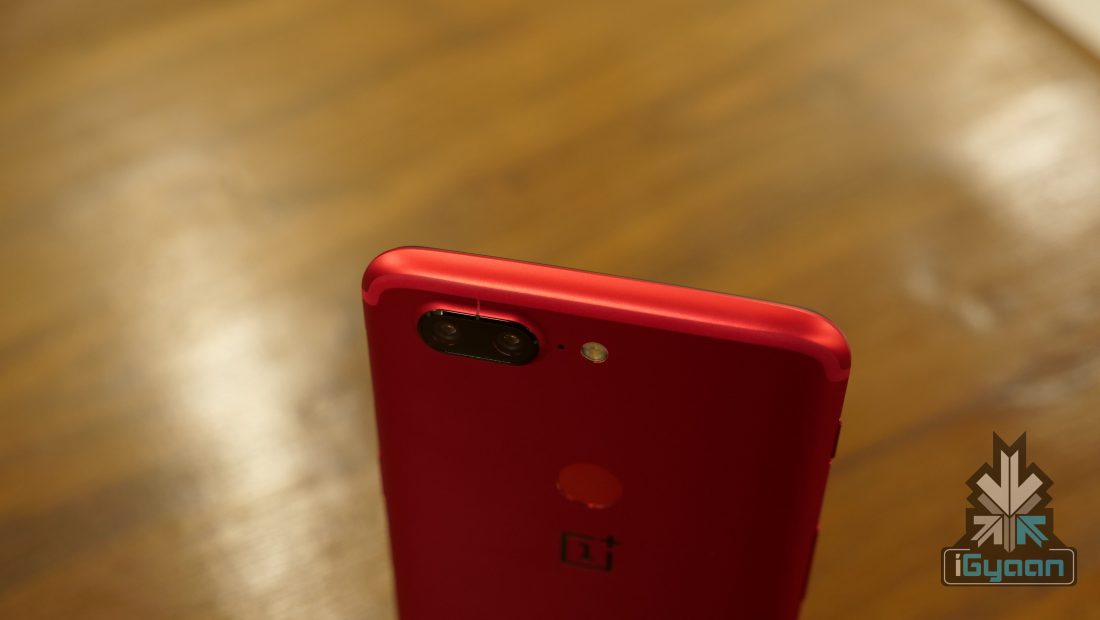 Are you buying a new Lava Red OnePlus 5T this Valentine’s Day?

Vipul Vij
Always found in a Hooded Shell, Excited by technology, tortured by his eating habits. Handles content at iGyaan.
You Might Also Like
LatestMobileOnePlusRecommendations
Read More