LG is rebuilding its flagship smartphone for 2018. In fact, the company might completely ditch the G series. However, that does not mean that the company didn’t have a plan for the LG G7.

Last year LG launched the LG G6 with a year old processor. Though the smartphone had a lot of potentials, it didn’t do well in terms of business. Since LG doesn’t want to repeat the mistake, it is taking its time to shape up a new smartphone with exciting features and specifications.

An Israeli publication has posted a hands-on video of the alleged LG G7 that could have been.

Details of the LG G7

The LG G7 looks like a refined version of the LG V30+, which is the current flagship smartphone from LG. As the name suggests, this would have been the flagship device from the South Korean smartphone manufacturer. However, this concept didn’t make the cut thanks to LG’s revamped plans.

As it is clearly visible, LG directly copied the notch from Apple iPhone X and pasted on to the LG G7. However, like the Asus ZenFone 5, the notch might be used just for styling. The specifications of the smartphone are also on-par with the latest Android flagship smartphones of 2018.

The device has a 6 inch pOLED QHD+ 3,120×1,440px display with a notch. Under the hood, the smartphone was powered by Qualcomm Snapdragon 845 chipset with 4/6GB RAM and 64/128GB storage. Like every other LG smartphone, the G7 does have a micro SD card slot.

The smartphone has a dual 16 MP cameras at the back with f/1.6 aperture. However, the primary lens has OIS and the secondary lens didn’t. The front-facing 8 MP wide-angle sensor is hidden in the notch. 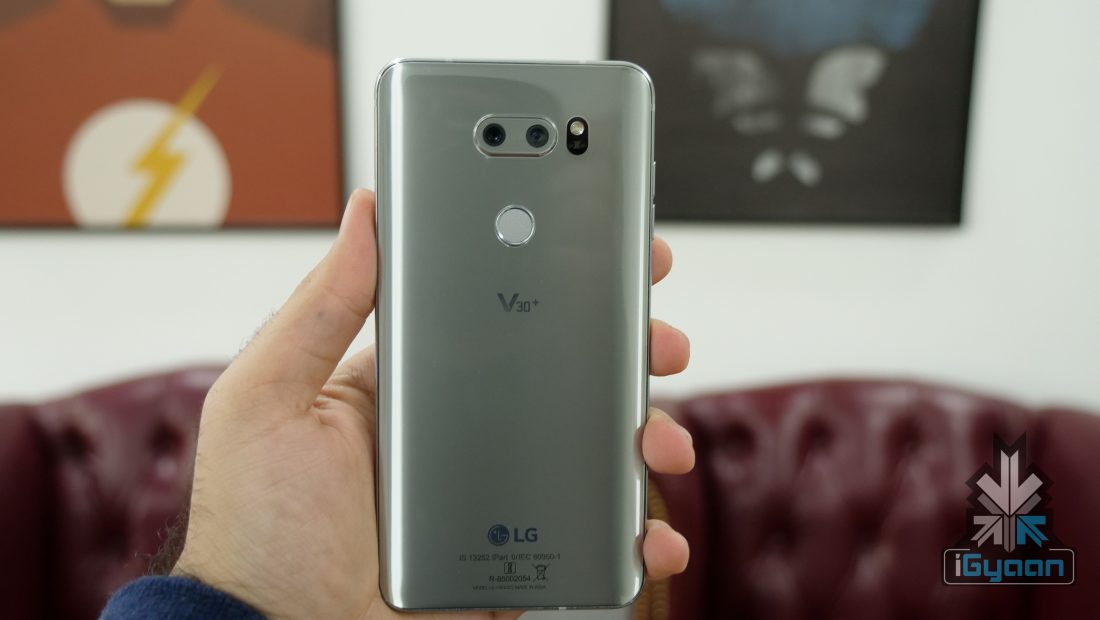 Finally, the phone has a 3000 mAh battery, which fast charging and wireless charging support. The OS was based on Android 8 Oreo with custom LG skin on the top.

LG has given the code name for the flagship smartphone as Judy. The company has planned to go with MLCD+ display technology instead of OLED for added brightness and battery conservation. Similarly, the smartphone is also expected to offer premium DTS:X and boom box feature for the improved stereo experience. However, just like the LG G7, the Judy will be powered by the Qualcomm Snapdragon 845 chipset.