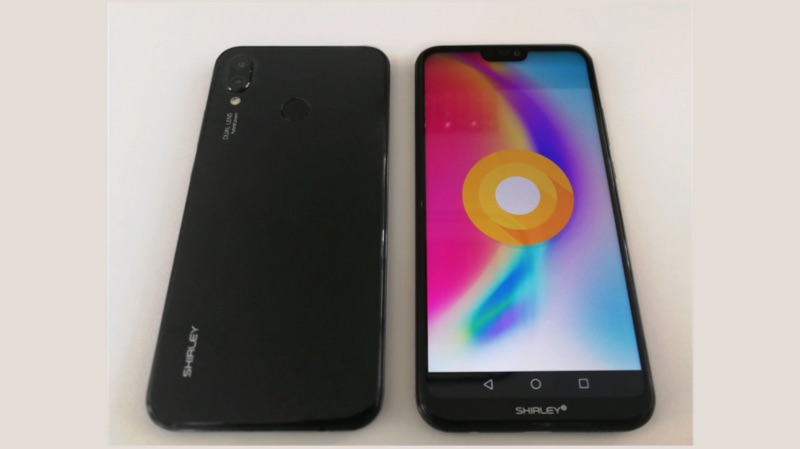 At MWC 2018, Huawei was expected to launch the Huawei P20 Lite and save the other two devices for the March event. However, it only launched its MateBook X Pro and MediaPad M5 . This means that on the 27th of March, the company will unveil three smartphones out of which, the P20 Plus will have a triple-camera setup.

A few days ago, 360-degree renders of the P20 Lite were leaked by OnLeaks. However, live images of the smartphone have now been leaked by another popular leaker on Twitter, Evan Blass. As expected, P20 Lite will follow the footsteps of many Android phones unveiled at MWC 2018. It will have an iPhone X-like notch on the display which will house the earpiece, sensors and front camera. With bezels getting thinner, the standard size of a smartphone has increased from 5.5 inches to 6 inches. However, that won’t be the case with the Huawei P20 Lite. It is expected to have a 5.6 inch display with a 2160 x 1080 px resolution. Expect the resolution to be a little different, because of the notch.

Under the hood, it will have the HiSilicon Kirin 659 chipset, also found on the likes of the Honor 7X and even Honor 9 Lite. This will be paired with either 4GB or 6GB of RAM and 64GB of onboard storage. Powering the smartphone will be a 3520 mAh battery and it will run Android 8 Oreo out of the box. However, the smartphone will have Huawei’s EMUI on top as well.