The OnePlus 6 might launch in India by the end of April. Just like every year, the company has been teasing different aspects of the smartphone before the launch. And now, a smartphone case maker Olixar has leaked the OnePlus 6 in its full glory, not leaving anything for our imagination. In fact, the cases are currently available for pre-order with a starting price of US$ 7.49 and go up to US$ 35.49 for a rugged case with a screen protector. According to leaked case renders, the OnePlus 6 has a vertically placed dual camera setup with an LED flash and a Samsung Galaxy S9+ style fingerprint sensor. On the front, the smartphone has an almost bezel-less design with a notch on the top portion of the display. The volume buttons are placed on the left side of the smartphone, whereas the power button and an Alert Slider is placed on the right side. The bottom bezel looks almost negligible, and the smartphone might achieve the highest screen to body ratio. 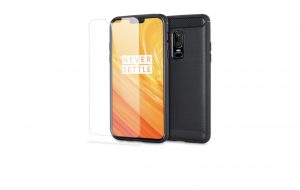 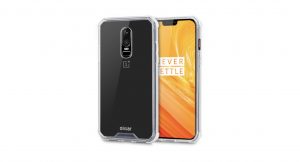 To sum it up, the smartphone looks like the Apple iPhone X from the front and resembles the Samsung Galaxy S9+ from the back side.