by Vipul VijMay 8, 2018
0
Now Reading
Use Your Xiaomi Redmi Note 5 Pro As A Wi-Fi Booster with Wi-Fi Hotspot
Browse This Page 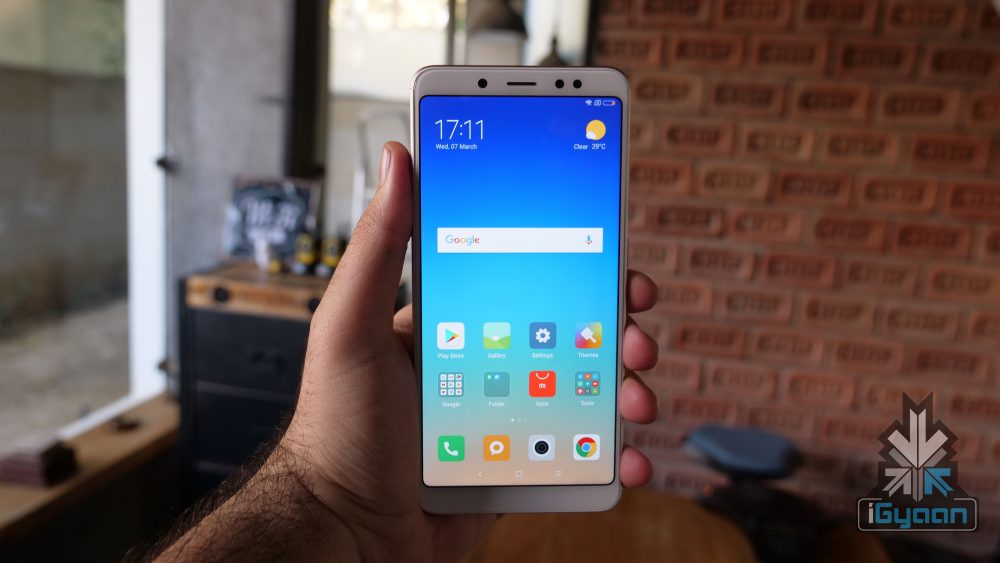 The Xiaomi Redmi Note 5 Pro was launched in India on the 14th of February. At the time of its launch, the smartphone received great reviews and many hailed it as the best budget smartphone currently. Over the course of time, devices like the Asus Zenfone Max Pro have launched in India at a competitive price and similar specifications. The Redmi Note 5 Pro, however, hasn’t seized to amaze us as we recently discovered that the smartphone has Wi-Fi repeater.

Usually, smartphones use the 4G/3G mobile data to make a Wi-Fi hotspot but, with the Redmi Note 5 Pro, the same can be done using a Wi-Fi connection. For this, ensure that your smartphone is connected to a Wi-Fi network. Once connected, head to the settings menu and click on Personal Hotspot and enable the Wifi Hotspot. Once enabled, the smartphone will then use the Wi-Fi connection to create a hotspot. Users can share the password of their hotspot with other people to access the Wi-Fi without requiring a password for the main router’s Wi-Fi.

This feature can also help you get a slightly better signal as the phone can be used as a temporary network booster. Do note however, speeds are not extremely impressive and it dumbed down a 100 Mbps connection to just 7 Mbps when routed though the Red Note 5 pro. This however may not be a problem for those looking for a quick guest network or a wifi boost. Under the hood, the device has the Qualcomm Snapdragon 636 chipset and an Adreno 509 GPU to handle the graphics. The Redmi Note 5 Pro will be available in two variants,  4GB RAM/64GB storage and 6GB RAM/64GB storage. The 6GB RAM variant is a great prospect for users who multitask a lot.

The fingerprint sensor is placed on the back of the phone and it has an aluminium unibody build, similar to the Redmi Note 5. Out of the box, the Redmi Note 5 Pro will also run Android 7 Nougat with MIUI 9 on top.

The Redmi Note 5 Pro will also have the infamous Face Unlock feature. It won’t be available out of the box but, will be introduced via an OTA update in March.

The Redmi Note 5 Pro has focussed a lot on the front camera. It has a 20MP Sony IMX376 camera on the front with an LED light. Unlike the Redmi Note 5, it has Beautify 4.0 software which will result in better portrait mode photos, the company claims. To the back of the smartphone is a vertically place dual-camera setup. It is a 12MP colour sensor f/2.2 and 5MP f/2.0 colour sensor setup. The smartphone will click portrait mode photos from the front and rear cameras.

This new feature unearthed can come in handy in a lot of situations. Have you found any interesting feature in your Redmi Note 5 Pro? Let us know in the comments!

This story was made with inputs from Bharat Nagpal

Vipul Vij
Always found in a Hooded Shell, Excited by technology, tortured by his eating habits. Handles content at iGyaan.
You Might Also Like
LatestMobileTips and TricksXiaomi
Read More