Samsung launched the Samsung Galaxy S9 and S9+ in February 2018. The smartphones are still one of the first flagship devices to run on the Snapdragon 845 chipset (in the US and South Korea only). The South Korean tech giant has launched a new red colour variant of its latest flagship phones in China. Samsung has, historically, launched new colour variants of its flagship smartphones in lesser markets. The red colour variant is currently only available in China and is unlikely to make its way to other countries for the time being. Even though the Galaxy S9 was one of the top-selling smartphones of the first quarter of 2018, Samsung expects weaker demands of the smartphone. Launching a new colour variant so soon after the official launch could be one of Samsung’s marketing push in the world’s largest smartphone market, China. Launching a red colour device in China also makes sense since the colour red is considered lucky in Chinese culture.

The images on the Samsung China website also reveal that Samsung is pushing to promote the new Samsung Galaxy S9/S9+ among the women. The devices are being promoted by Chinese celebrities and comes with matching Red Yves Saint Laurent lipstick. This is a clear attempt strategy by Samsung to position the Galaxy S9 as a luxury smartphone among the women in China. Some might argue that boiling down women’s choices in 2018 to makeup products is not the most progressive thing to do. However, that is the company’s prerogative. 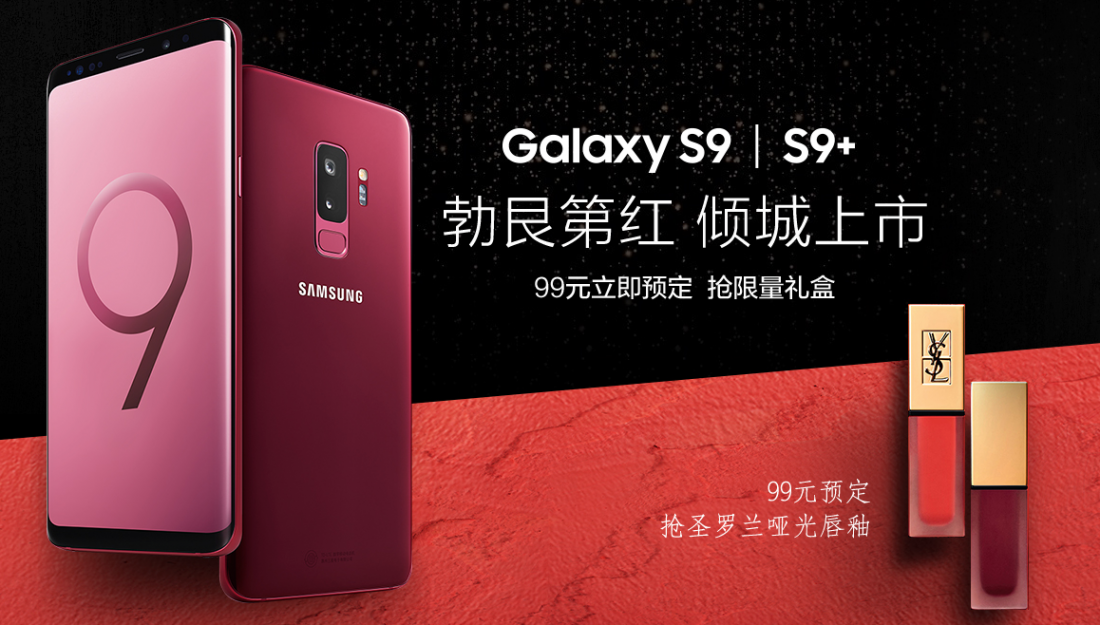 Samsung recently launched the Burgundy Red Galaxy S8 in India, a couple of months after the launch of the Galaxy S9. This means that the company might not be keen on launching the new red colour Galaxy S9/S9+ in India anytime soon. Similarly, Samsung launched Rose Pink Galaxy S8 in the UK, South Korea etc but, never launched it extensively in all markets. It will be interesting to see how Samsung plans out the launch pattern of different colour variants to keep the interest in the smartphones alive.