The Xiaomi Redmi Note 5 Pro is one of the most popular budget smartphones in India right now. The fact that it first launched in India before any other country made it an even sweeter deal for many users. With the success of this Pro device, Xiaomi appears to be already working on a new smartphone with this moniker and could launch it in late-2018. Apart from the Redmi 6 Pro, the existence of the Mi Max 3 and Mi Pad 4 has also been confirmed.

A new report claims that references to all the three devices were found on the Mi China website. This means that these smartphones will launch in China before anywhere else in the world. While the Redmi Note 5 Pro was an India-first device, it seems unlikely that Xiaomi will continue this trend.

Recently, a Xiaomi smartphone with a notched display was leaked on TENNA. While it was initially expected to the Redmi 6 Plus, it now appears to be the Redmi 6 Pro. Xiaomi recently launched the Redmi 6 and 6A while there were no traces of a Redmi 6 Plus being launched in the near future. While the design is plausible, we hope Xiaomi fixes the colour of the bezels and notch and go with a black colour instead.

Must Read: Xiaomi Mi A2 Running On Snapdragon 660 Spotted On Geekbench 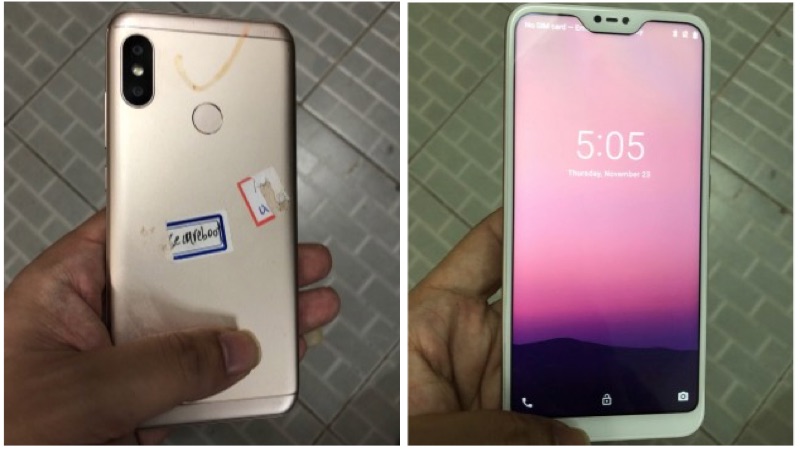 The Redmi 6 Pro could have a 5.84 inch display with a 2280 x 1080 px resolution. This translates into a 19:9 aspect ratio which is common for smartphones with a notch.

The listing mentions that the device will run on an octa-core 2.0GHz processor which could well be the Snapdragon 660 SoC. The Xiaomi Redmi 6 Pro is expected to be available in three configurations, 2GB RAM/16GB storage, 3GB RAM/32GB storage, and 4GB RAM/64GB storage. Like the Redmi Note 5 Pro, the 6 Pro is also expected to offer expandable storage via microSD card.

On the back of the smartphone will be a dual-camera setup. The listing mentions a 12MP primary sensor and 5MP secondary sensor. This is the exact configuration found on the Redmi Note 5 Pro. Xiaomi would probably improve the quality of the sensors and add a few software features as well. Powering the Redmi 6 Pro will be a 4000 mAh battery. Hopefully, with the 6 Pro, we will see the inclusion of a USB Type C port. The Mi Max 3 has been in the news for quite a while now. Xiaomi is one of the few companies that still makes phablets. The Mi Max 3 will succeed the Mi Max 2 and is expected to launch in July. Just like the recently launched Mi 8 SE, the Mi Max 3 is expected to run on the Qualcomm Snapdragon 710 chipset. This could be coupled with 6GB of RAM and up to 64GB of onboard storage.

The Xiaomi Mi Pad 4 will be one of the few exciting Android-running tablets to launch in 2018. Xiaomi has not given up on tablets yet and the Mi Pad 4 could launch soon as well. Recent leaks suggest the Mi Pad 4 will run on Snapdragon 660 chipset and sport an 18:9 aspect ratio. If true, this will be a headline-grabber as well since no other tablets with this aspect ratio have launched so far.

The list of smartphones that Xiaomi could launch is exciting. At the end of the day, these are leaks and a lot can happen by the time these smartphones are launched.