Xiaomi launched the Poco sub-brand earlier this year. The company’s first smartphone, the Poco F1 was initially launched in India and was later introduced in other regions as well. Due to its flagship specifications and aggressive pricing, the device quaked the smartphone market. The latest leak of its successor, the Poco F2 has been spotted on geekbench’s website. 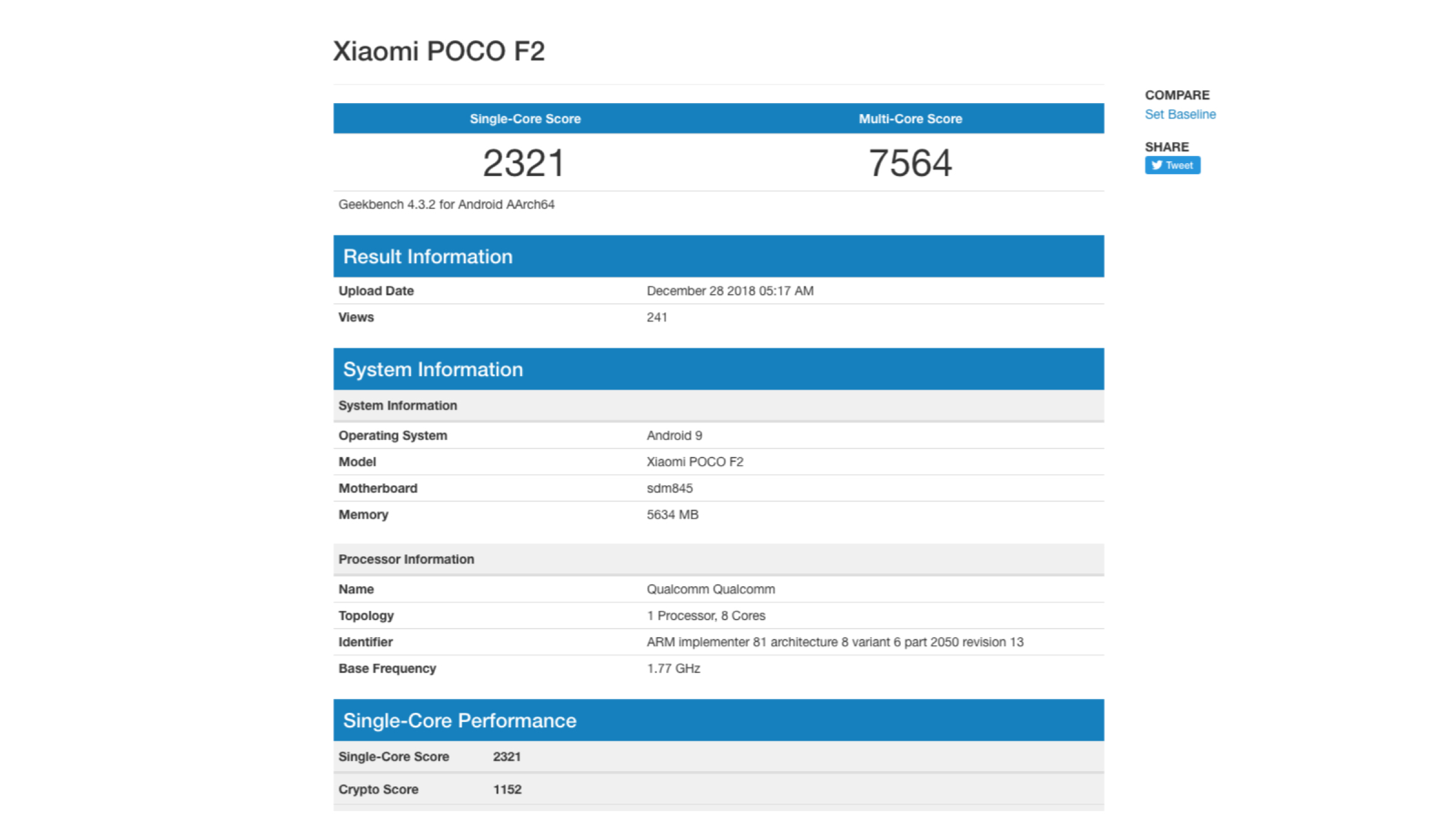 The Geekbench listing of he Poco F2 was first uploaded on 28 December. The listing reveals information like the processor and RAM capacity of the smartphone. Like its predecessor, the Poco F2 features the Octa-Core Snapdragon 845 SoC that has a base frequency of a 1.77 GHz. The particular device from the listing only has 6 GB of RAM. However, the company might offer the Poco F2 in higher RAM capacities like 8 GB or 10 GB as well. The smartphone runs on the latest Android 9 Pie which is most likely to be skinned with MIUI 10. Problems Of The Poco F1 And Expectations From The Poco F2

There is no such thing as a perfect product and same is the case with the Poco F1. Although the Poco F1 packed the latest processor, it fell short in some departments. We expect Poco to fix these issues with the upcoming Poco F2: