The Upcoming Samsung Foldable Smartphone Will Have Dual Batteries 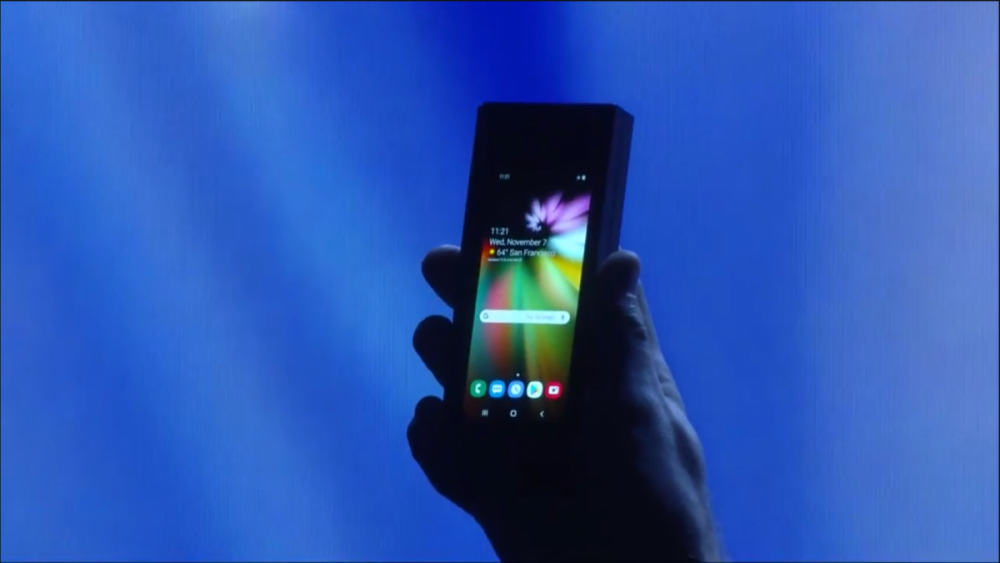 Samsung is expected to launch its first foldable smartphone in Q1 of 2019. The company had previously showcased a working prototype of the device with two screens. Having a smartphone with two displays have growing concerns about its battery backup. A report claims that the upcoming Galaxy foldable smartphone allegedly called the Galaxy F will not only have dual displays but it will also have dual batteries. The claim regarding the Galaxy F aka Galaxy Fold having dual batteries was made by a Dutch website, Galaxyclub. According to the source, the upcoming foldable device from Samsung will have two batteries each with a capacity of 3100 mAh, resulting in a total battery capacity of 6200 mAh. The display of any smartphone is one of its most power consuming components. Apparently, the dual 4.5-inch and 7.3-inch displays will be the biggest battery consumers on the Galaxy F as well. The source adds that opting for dual batteries on the device is a necessity and not a choice. The two 3,100 mAh batteries make it easier to accommodate a large battery in a device with a foldable form factor. Similarly, the dual display ZTE Axon M’s battery life was cut in half when both the displays were simultaneously used. Moreover, the factor Galaxy Fold that is capable of displaying three apps at once is another reason for concern.

Besides the dual battery revelation on the Galaxy Fold, the source claims that the 5G variant of the Galaxy S10 will have a massive 5,000 mAh battery. In addition to the foldable device, Samsung is also bracing up for the launch of the Galaxy S10 series of smartphones that will succeed the current S9 and S9+ lineup. The company is expected to launch four variants of the Samsung Galaxy S10 which are as follows: