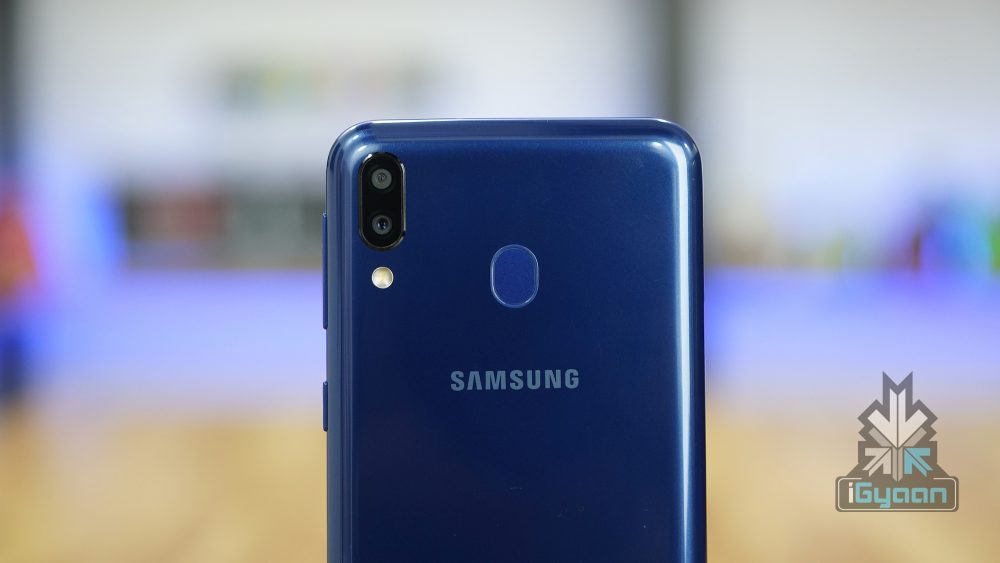 Samsung has been teasing the launch of their latest ‘M’ series for quite a while now. And while there have been a tonne of speculations and leaks regarding the device, nothing was confirmed then. But today, Samsung has officially released the Galaxy M20 along with the Galaxy M10 in India exclusively on Amazon. The phone boasts of a modern design, with a blend of good specifications and an aggressive price to boot. The Galaxy M20 takes an entirely different approach than what we have seen Samsung doing. Samsung Galaxy M20 is the first smartphone from the brand to sport a notch. The notch is a teardrop design which is considered the least intrusive among the other notches. Other than that, there is a small chin at the front, giving it an all screen look. Over at the back of the phone, there is  a dual camera setup with an LED Flash. There is a Fingerprint sensor beneath it and a Samsung below the sensor.

Over at the bottom, there is a traditional 3.5mm headphone jack, a USB-C post and a microphone along with a speaker grille. The Galaxy M20 has a massive 5000mAh battery powering it which means that the phone will last for more than a day on a single charge. The phone supports the Samsung fast charging technology up to 15W. A full charge takes 2.5 hrs or 150 mins to complete and according to Samsung, you will get 3hrs of talk time with a 15min charge.

The phone runs on Android 8.1 Oreo with Samsung Experience 9.5 out of the box.

Connectivity and Other features The Galaxy M20 has support for Bluetooth 5.0. The device also has a fingerprint sensor at the back and a support for VoLTE. The phone also has a face unlock feature for faster access to the device.

You can watch our unboxing and hands-on videos below.