Nokia has launched the highly anticipated Nokia 9 PureView which is the world’s first smartphone with a penta camera setup. The device was unveiled at an event which was held in Barcelona, Spain. Nokia has partnered with a company called Light to develop both the software and hardware aspects of the newly launched device’s camera.

The Nokia 9 PureView has an elegant design with an aluminium chassis and glass front and rear. It measures 155 x 75 x 8 mm and tips the scale at 172 grams. On the front of the device sits a 5.99 inch Plastic OLED display with a resolution of 2880 x 1440 px and pixel density of 538 ppi. The display panel has an 18:9 aspect ratio and supports always on functionality like the Google Pixel 3. The left and right bezels around the display of Nokia 9 PureView are negligible while the top and bottom bezels are comparatively thicker. The top bezel carries Nokia branding, earpiece grille and a 20 MP front facing selfie camera that can also capture 1080p videos @ 30fps. For safely and swiftly unlocking the handset, it also has an in display fingerprint sensor. The front and rear panel of the Nokia 9 PureView is laminated with Corning Gorilla Glass 5 which protects it against scratches and accidental drops. The rear panel of the smartphone carries the Nokia branding, Android One logo and its key highlighting feature, the penta camera setup. The rear camera setup consist of five 12 MP sensor and an LED flash. Out of the five cameras, two are RGB sensors while the remaining three are mono sensors. Two support its camera prowess it also has three microphones which support spatial audio recording. 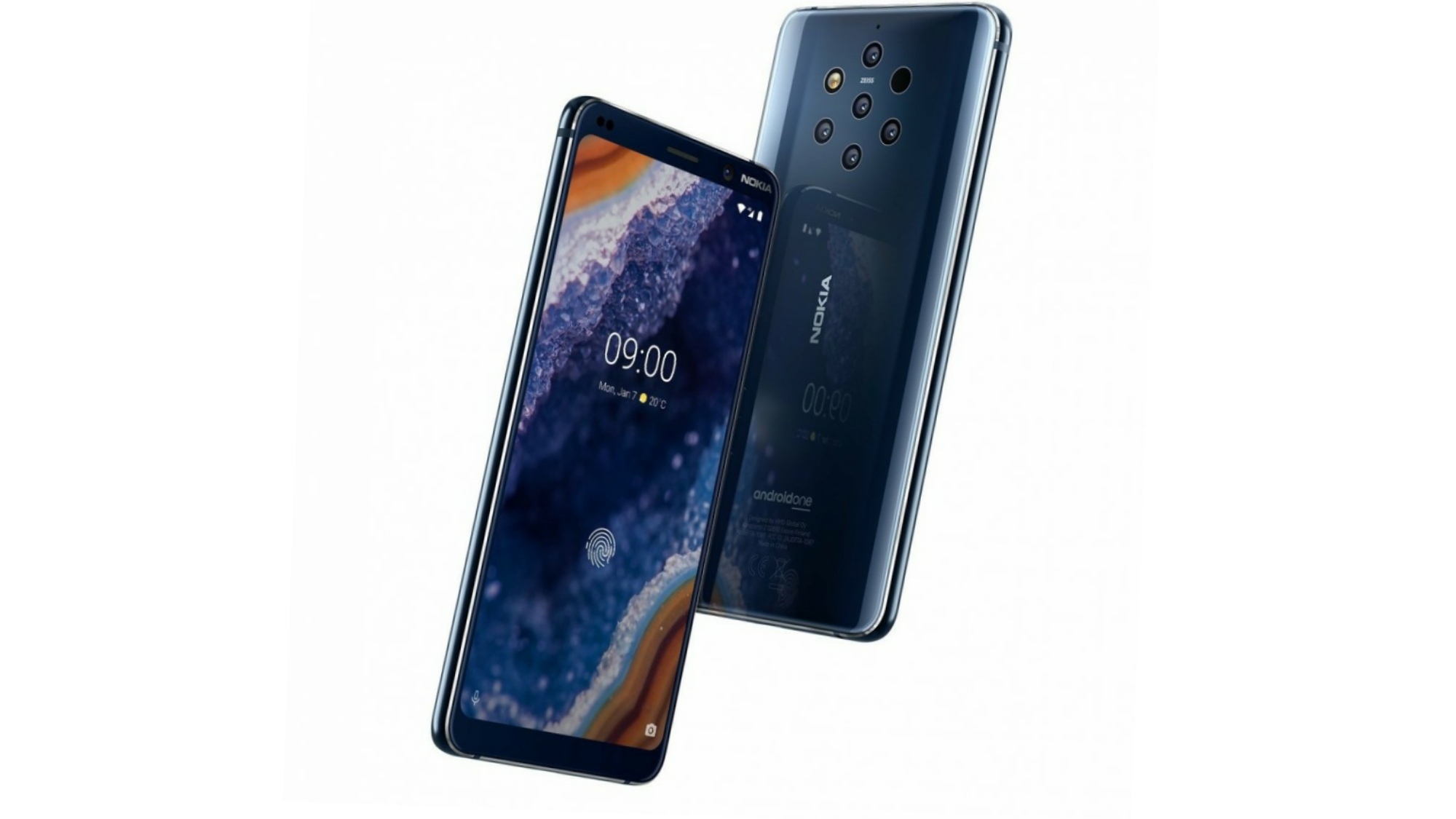 The Nokia 9 PureView runs on latest Android 9 Pie and the Android One logo at its rear states that the device is guaranteed to receive latest android updates for at least two years. It is powered by 3,320 mAh battery which can be charged via the bottom mounted USB Type-C port and it also supports Qi wireless charging. In terms of memory and storage, the device has 4 GB of LPDDR4x RAM and 128 GB of internal storage. Another noteworthy feature of the smartphone is its Qualcomm aptX support. The aptX audio codec significantly reduces the bit rate of audio file while still preserving its quality. Connectivity options on the Nokia 9 PureView include 4G VoLTE, 802.11 ac Wi-Fi, Bluetooth 5.0, NFC, GPS and GLONASS. The smartphone has a whole host of sensors which include gravity sensor, e-compass, gyroscope, barometer, hall sensor and haptic vibrator.

The Nokia 9 PureView is available in a single Midnight Blue colour option and is priced at US $ 699 (around Rs 49,500). Interested consumers can pre book the smartphone and deliveries will commence in the month of April.