Penta Camera On The Nokia 9 PureView, What’s All The Hype About?

by Sahil KapoorMarch 5, 2019
0
Now Reading
Penta Camera On The Nokia 9 PureView, What’s All The Hype About?
Browse This Page Cameras on smartphones have evolved so much so that the need for bulky camera equipment including DSLRs and digital cameras have reduced greatly. Apple’s iPhone has been one smartphone that is renowned for its camera quality ever since its launch. Nokia, another leader in smartphone technology has also manufactured devices in the past that had remarkable camera capabilities. One such device is the Nokia 808 PureView from the year 2012 that featured a 41 MP rear camera sensor. Meanwhile, Taiwanese smartphone maker HTC launched the world’s first dual camera smartphone, the EVO 3D. This device kicked off the whole trend of multiple camera sensors on a smartphone. Having multiple cameras on a smartphone can surely provide its camera capabilities with a boost. However, Google with its Pixel lineup of smartphones have time and again proved that it is not necessary to have more than one camera sensors to capture excellent images. Nokia, now owned by HMD global has unveiled its latest flagship smartphone, the Nokia 9 PureView. The smartphone was launched during the MWC 2019 which was held in Barcelona late last month. The newly launched smartphone is packed with high-end specifications, though its key highlighting feature is certainly the rear mounted Penta camera setup. Long before the launch of the Nokia 9 PureView, there have been boatloads of enigmas surrounding the camera setup it packs. In this article, we will spread some light on the strange-sounding man-made technological marvel to demystify all its element and aspects.

Composition Of The Penta Camera Setup

The Penta camera setup of the Nokia 9 PureView is located on the 2.5d curved rear glass panel. Its alignment mirrors that of a hexagonally shaped constellation. Out of the five sensors, two are RGB sensors that capture the image and video data in colour format. While the remaining three are Monochrome sensors which capture Black and White image and video data. Each of the camera sensors has a resolution of 12 Mega Pixel and use a 28 mm lens. The camera sensors have a pixel size of 1.25µm (ultra micron) which allows in capturing 1.25x the amount of light resulting in better lit pictures. Uniquely, the Nokia 9 PureView also has a ToF (Time-of-Flight) imaging sensor which enables it in capturing the depth of field (DOF) in an image. As the name suggests, DOF is the distance between the farthest and nearest object in the frame. This additional information captured by the sensor is infused with the pictures captured with the five sensors resulting in an image that looks multi-dimensional. This image focuses mainly on the subject while de-emphasizing the other background elements. Supplementary, the focus of images captured on the Nokia 9 PureView can be readjusted after clicking the picture if need be. 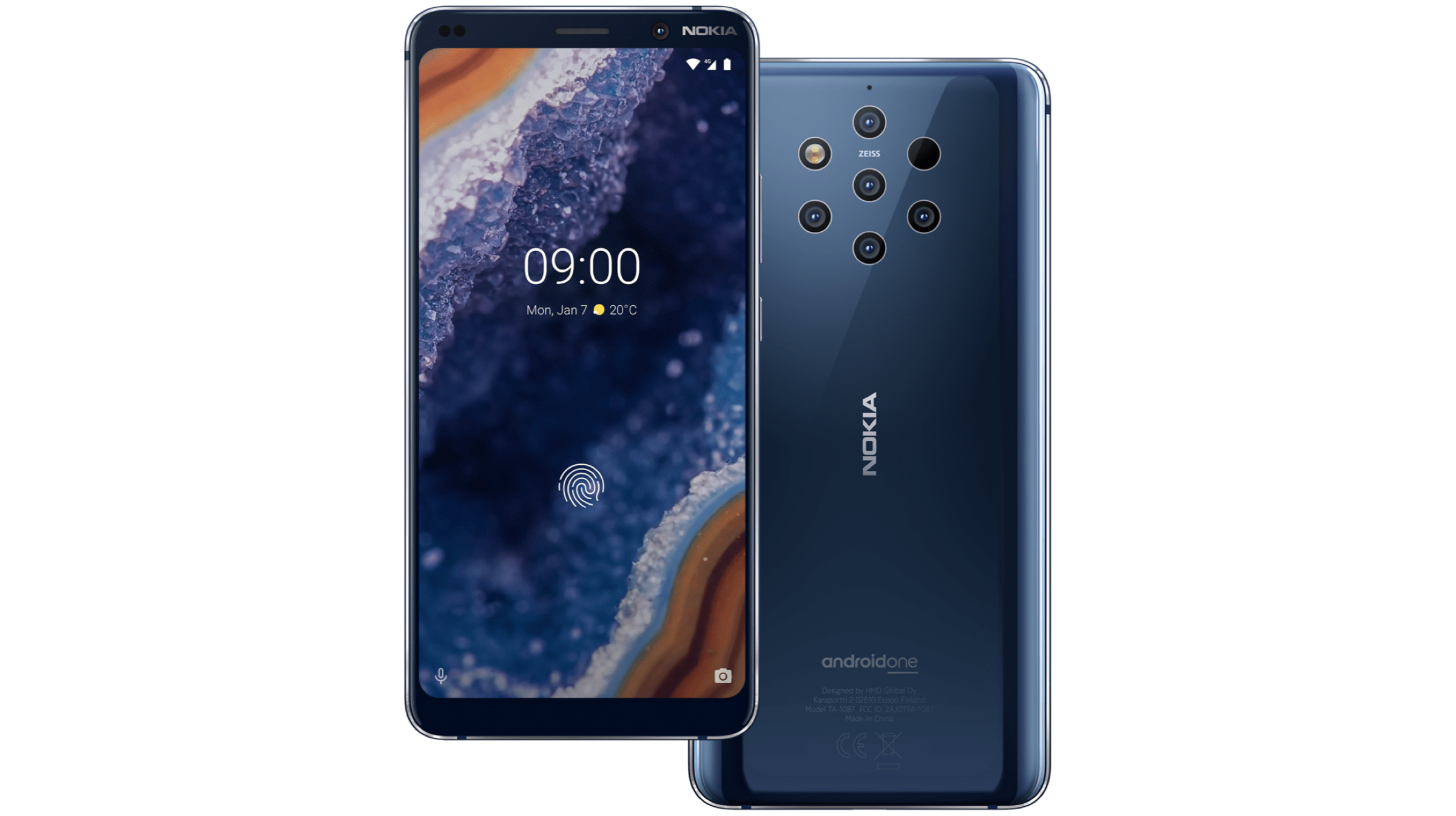 The Nokia 9 PureView, unlike most other smartphones, can also capture images in RAW and DNG format. This feature could be the sole reason to distinguish the newly launched device from its competition. RAW images, also referred to as ‘digital negatives’ are essentially unprocessed data that the sensor captures. RAW files preserve the most amount of information about an image and generally contain more colours and dynamic range than other formats. The prominent advantages of capturing images in the RAW file format are as follows:

The Nokia 9 PureView with the combination of five cameras collects up to times more light in comparison to a single smartphone camera colour sensor. The smartphone captures images concurrently from all five sensors which with the help of software and AI algorithms are processed to produce the best output. Notably, the fusion process takes upto 30 seconds and occasionally, even longer. Nokia has partnered with a company called Light that in the year 2019 launched the L16 camera with 16 lenses. Nokia claims that the hardware and software of the Nokia 9 PureView work in perfect harmony to produce the greatest output achievable.