YouTube Music is a music streaming service from the popular video sharing platform. Besides offering official songs and albums, there is a range of different covers and remixes that the company claims the users may not be able to find elsewhere. While the app is currently free to download and is ad-supported, users can also purchase a premium subscription for Rs. 99 per month which will get rid of the advertisements. The existing subscribers of another music streaming service from the company, Google Play Music will get a free subscription to the newly launched YouTube Music Premium. Notably, Play Music will exist as a standalone application. YouTube Music was first launched in the year 2014 under the name Music Key and provided ad-free music streaming to users in the United States. Interestingly, it has arrived in India a few weeks after the launch of Spotify, another popular music streaming service. 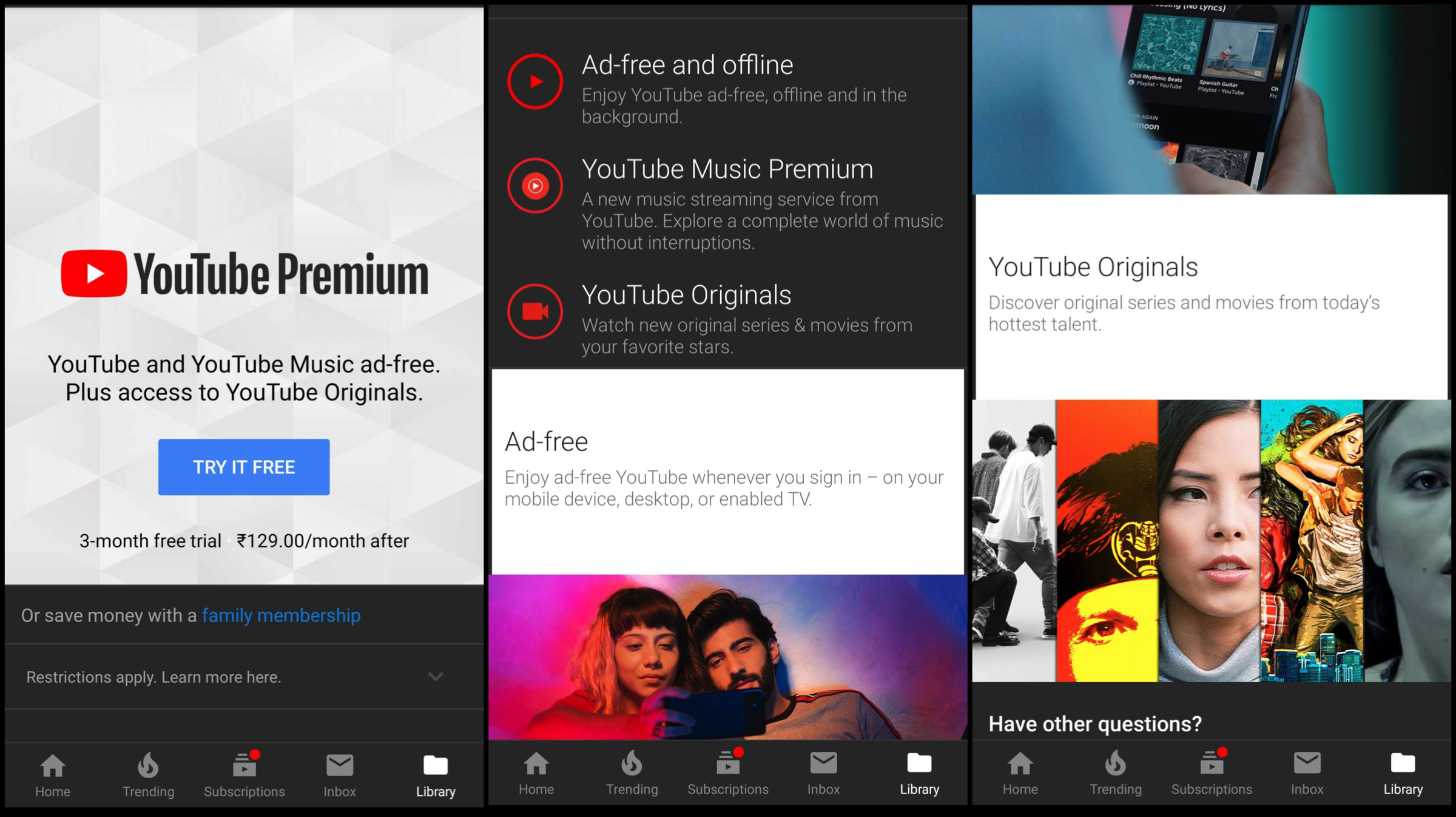 YouTube Premium is a feature rich version of the traditional YouTube, offering features that weren’t previously available on the platform. Buying a subscription will cost Rs. 129 per month. Pleasantly, there is a three month free trial for the service available at launch. The YouTube Premium subscription has all the benefits of YouTube Music but adds on a background play mode ad-free videos on the platform, more downloadable videos available and access to YouTube Original content.

Also read: Redmi Note 7 Pro To Go On Sale For The First Time In India Today

Notably, YouTube Premium was originally called YouTube Red which was launched in the year 2015 in the United States. The launch of the service was long overdue and much awaited in India for a while. The YouTube Music will exist as a separate application while the contents and features of YouTube Premium will be available in the regular YouTube app once the user logs in with a paid subscription.