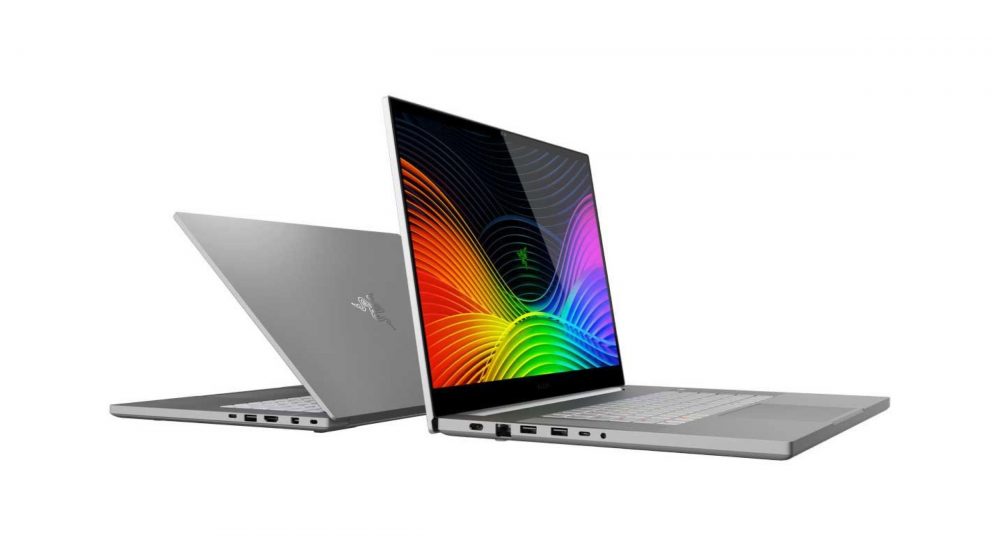 With the arrival of the Quadro RTX 5000 GPU for laptops, Razer soon followed suit and announced its Blade series laptop. Razer has updated their line of Blade 15 and Blade Pro 17 to support the new gear. The RTX 5000 is available on both the laptops alongside 32GB of RAM and 1TB NVMe SSD Storage all encased in a Mercury White finish. The 15-inch Razer model laptop sports 4K OLED touchscreen and it will be kitted with the Intel Core i7-9750H CPU. The larger version (17-inch) will instead receive a 120Hz 4k panel to go along with the Intel Core i9-9880H CPU. Both laptops are also compatible with Razer Core X, an external GPU for users that require more power. Both Razer machines provide beefy specs to help visualization for creators. Even though the company has not provided many details about the build of the two laptops. Going by the teasers, the Razer ultrabooks have an elegant design with negligible bezels around the display. They also feature a webcam which is housed in the said bezel above the display. Both feature a large multi-touch trackpad that claims to boost productivity.

The company has not given any formal date of when the laptops are expected to hit the stores online or offline. Razer is also quiet about the fine details such as price and other information which are expected to be released at a later date.

Additionally, due to the fact that Razer’s targeted demographic is creators, both the laptops will support Nvidia’s new studio drivers optimized for creative applications. Assuring “uncompromising performance along with premium designs.” With these major upgrades, the laptops are more than capable of taking on desktop workstation PCs. Carrying the Company’s “#madewithblade” tag alongside artists and creators.

likethis
What's your reaction?
Awesome
0%
Epic
0%
Like
0%
I Want This
0%
Meh
0%
Posted In
Latest, Razer
Tags
laptops, RTX
laptops, RTX
About The Author