Black Shark 2 Launched In India, Features Snapdragon 855 And Up To 12GB RAM

by Anubhav SharmaMay 27, 2019
0
Now Reading
Black Shark 2 Launched In India, Features Snapdragon 855 And Up To 12GB RAM
Browse This Page 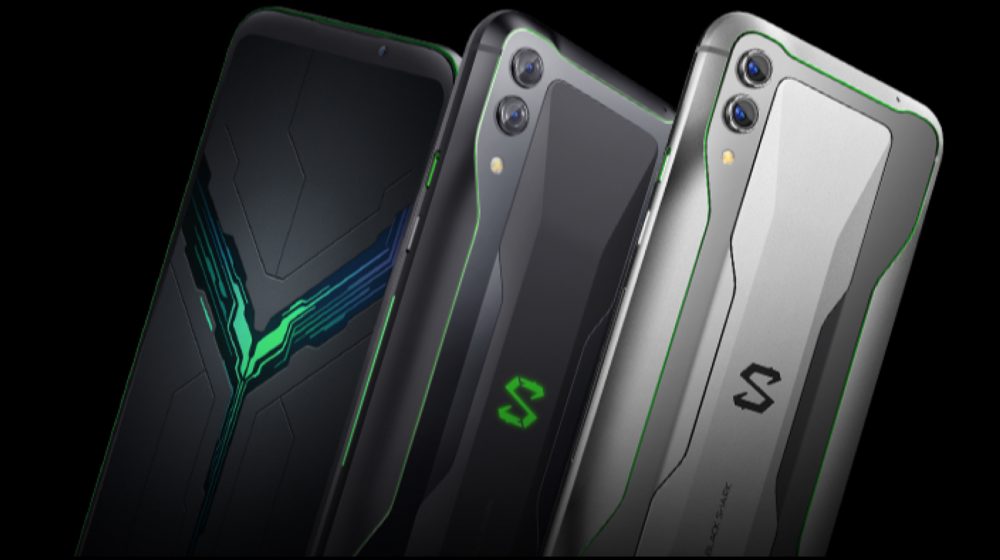 Chinese smartphone manufacturer Xiaomi has launched the highly-anticipated Black Shark 2 gaming smartphone in India. The device was earlier introduced in China in the month of March 2019. Noteworthy, it features Ludicrous Mode that incorporates Xiaomi’s Liquid Cooling 3.0 technology. The company claims that it uses liquid-cooled plates and tubes that enable a temperature drop of up to 14°C in the device while gaming. The Xiaomi Black Shark 2 has a modern design with a distinctive yet appealing design on the rear and a large display on the front. The smartphone measures 163.61 x 75.01 x 8.77 mm and weighs in at 205 grams. It sports a 6.39 inch AMOLED display which is surrounded by narrow bezels on all sides, giving it an elegant look. The display panel has a resolution of 2340 x 1080 px and a pixel density of 403 ppi. The display panel can reach brightness levels of upto 430 nits and has an aspect ratio of 19.5:9.

Another feature of the smartphone is the pressure sensitive controls incorporated in the AMOLED display, that can be programmed for gaming. For biometric security, it also features an in display fingerprint sensor. Talking further about the design of the Xiaomi Black Shark 2, its right side accommodates the power button and a “shark” slider which when toggled turns on gaming mode for optimized performance while the left side houses the volume rockers. The bottom of the device accommodates the USB Type-C port. To keep the temperature of the device under check during game-intensive sessions, it also has a vapour cooling chamber and liquid cooling 3.0 technology, which has been discussed previously. As mentioned before, the rear of the Xiaomi Black Shark 2 has a unique design with green coloured decals that run along the sides of the smartphone. The rear panel also harbours the RGB Black Shark logo and the dual camera setup. The dual camera setup consists of a 48 MP Samsung GM1 (f/1.75) sensor, 12 MP (f/2.2) telephoto sensor and an LED Flash which can also capture 2160p videos at 30 fps. It also has a 20 MP (f/2.0) front-facing selfie camera which is placed in the bezel above the display. The front camera can also capture 1080p videos at 30 fps.

Under the hood, the Black Shark 2 runs on the Snapdragon 855 SoC which consists of an octa-Core Kryo 485 CPU with the Adreno 640 GPU. The smartphone is powered by a  4,000 mAh battery which supports fast charging upto 27 W. The company claims that 30 minutes of gaming is possible with just 5 minutes of charging. The device runs on Android 9.0 (Pie) out of the box. Connectivity options on the Black Shark 2 include 802.11 ac Wi-Fi, Bluetooth 5.0, Dual 4G VoLTE and GPS.

The Black Shark 2 is available in two colour variants which includes Frozen Silver and Shadow Black. The prices for different variants of the smartphone are listed below:

Both the aforementioned variants are listed on popular e-commerce website Flipkart, and will be purchasable June 4 onwards.