Xiaomi and Amazon are back with the ‘Mi Days Sale’ which is currently ongoing and will continue until June 30. During the sale, several smartphones and accessories from Xiaomi are being offered at discount. Therefore, the consumers who looking to buy any of the Mi devices mentioned below, this might be the best time to do so.

The users who are willing to replace their old devices with a brand new one can also exchange their existing smartphone. The company is offering an additional exchange bonus of upto Rs 3000 which varies depending on the user’s old handset.

Furthermore, Yes Bank credit card holders get an additional 10% discount, if they opt for this mode of payment during checkout. Following is the list of Xiaomi smartphones offered on discount during Mi Days Sale: The Redmi 6 Pro was launched last year as Xiaomi’s budget smartphone in the sub 15k price bracket. It has been discounted by up to Rs. 3,500 from its MRP. During the Mi Days Sale, the smartphone will be available at a price of Rs. 9,999 for the variant with 4GB of RAM and 64GB internal storage. To recall, the Redmi 6 Pro features a 5.8-inch display with a notch. In terms of performance, the smartphone is kitted with the Snapdragon 625 Octa-core processor. A 4000mAh battery powers the device and the handset runs on Android 8.1 Oreo out of the box. In terms of optics, the Redmi 6 Pro has a 12MP + 5MP dual rear camera setup and a 5MP camera for selfies.

The Xiaomi Mi A2 is the second Android One certified smartphone from the company and is the successor to the Mi A1. During the Mi Days Sale, it will be available at a discounted price of Rs. 10,999 for the variant with 4GB of RAM and 64GB of internal storage. The version with 6GB of RAM and 128GB of onboard storage is priced at Rs 15,999. Talking about the specifications, the Mi A2 has a 5.99-inch display with a resolution of 2160 x 1080 px. The smartphone runs on the Snapdragon 660 Octa-core SoC. It is powered by a 3010mAh battery which supports fast charging. As mentioned before, the Mi A2 is Android One certified which implies that it has a clean, stock UI with Android 9 Pie. For photography, it has a dual rear camera setup comprised of a 12MP and a 20MP sensor. The front facing camera is a 20MP sensor. 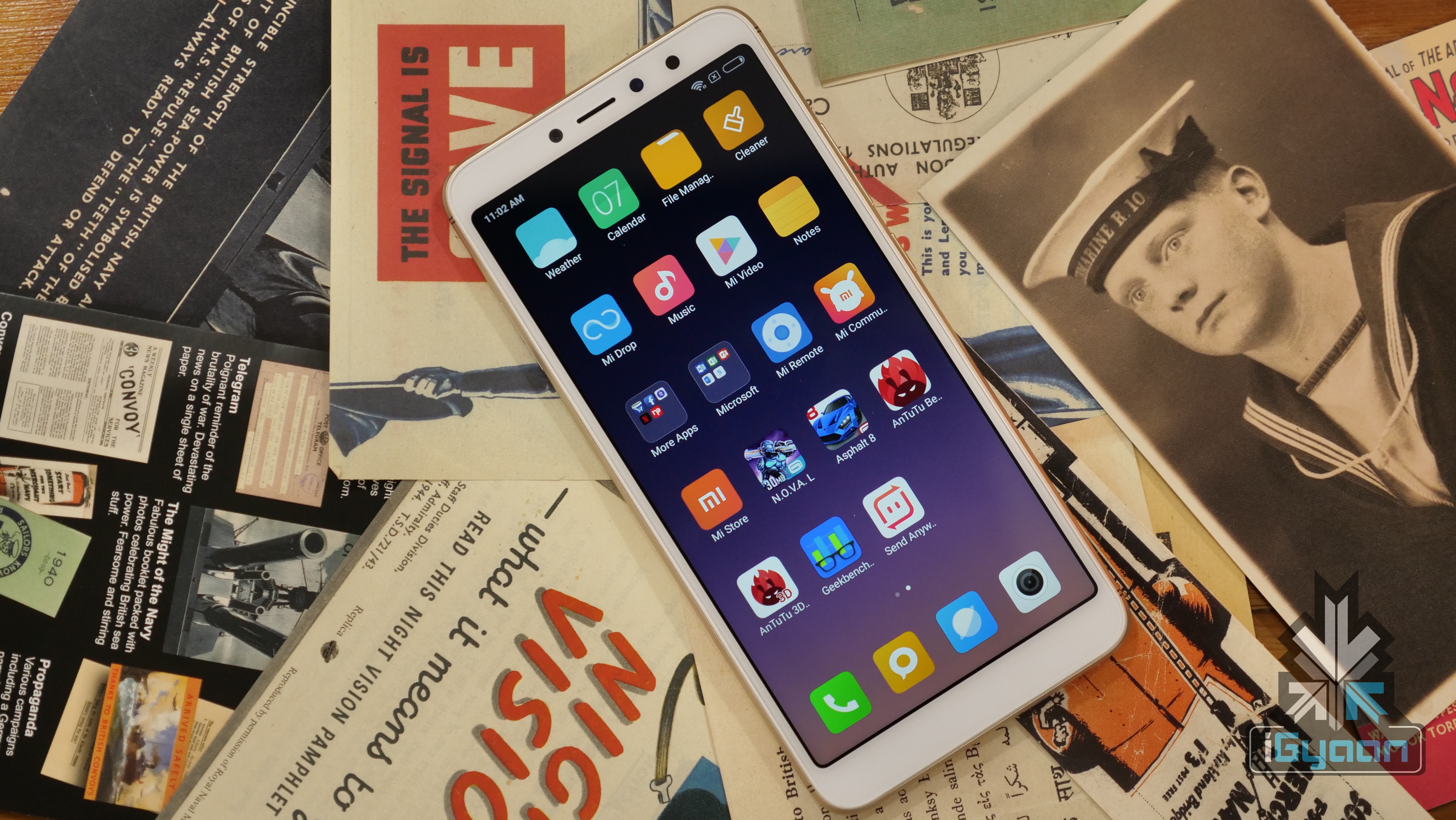 he second gen selfie focussed smartphone from Xiaomi, the Redmi Y2 will also be available at a reduced price during the Mi Days Sale. It will start at Rs 7,999 for the version with 3GB RAM and 32GB internal storage. The variant with 4GB of RAM and 64GB onboard memory has been priced at Rs. 9,719. The Redmi Y2 is the successor to the Redmi Y1 and features a 5.99-inch display with HD+ resolution. It runs on the Snapdragon 625 Octa-core chipset and is powered by a 3080mAh battery. The smartphone runs on Android 8.1 Oreo out of the box. In terms of optics, there is a dual 12MP + 5MP camera set up at the back while a 16MP sensor is responsible for selfies. The Redmi Note 5 Pro was launched in the Q1 of last year and it was one of the first budget device with such thin bezels and dual rear cameras. During the Mi Days Sale, it will be discounted up to Rs. 6,000 from its MRP. The version with 4GB RAM and 64GB of internal storage has been priced at Rs. 11,600. The variant with 6GB RAM and 64GB onboard memory will be available for Rs. 11,999 for a limited time. In terms of specifications, the Redmi Note 5 Pro has a 5.99-inch display with an FHD+ resolution. The smartphone runs on the Snapdragon 636 SoC and is powered by a 4000mAh battery. At the time of launch, it has Android 7.1.1 Nougat out of the box but has since been updated to Android 8 Oreo. The device has a dual rear camera setup comprising of a 12MP and a 5MP sensor. For selfies, there is a 20MP front camera housed above the display. The Mi Sports Bluetooth Wireless earphones were launched on the 28th of February in the country. They have an ergonomic design which provides for a comfortable fit. The earphones also have an in line controller which has three buttons volume up, volume down and play/pause. The Mi Sports Bluetooth Wireless earphones have and an IPX4 rating that makes them sweat proof, making them a good companion for users who work out regularly. The Bluetooth earphones have an MRP of Rs 1,799 but during the Mi Days Sale they are available for a price of Rs 1,499. Taking the price into consideration, Xiaomi offers one of the best power banks that have a solid build quality. It has an outer metal casing which gives it a premium look and feel. The Mi Power Bank 2i has a 10,000 mAh battery which can be charged via the top mounted USB type C port. The Mi Power Bank 2i has dual USB A ports on the top which can simultaneously charge devices. For convenience, it also has a 4 LED indicator which denotes the amount of remaining charge. It has an MRP of Rs 1,199, however, during the Mi Days Sale it is available for Rs 899.