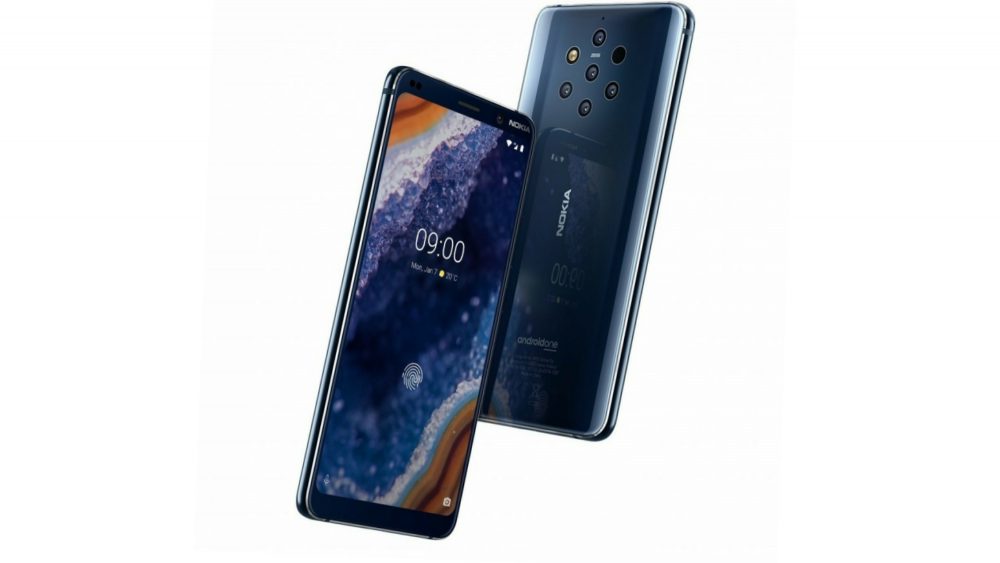 Nokia 9 PureView was first announced back in February 2019. It is notable that the device was the first handset to feature a penta camera setup. Nokia had previously hinted on multiple occasions that the flagship would see an Indian launch after its initial release. The device was speculated to release in the month of April, but numerous delays had pushed the date well beyond it. Nokia’s Indian Twitter handle has shared a short video that hints at an imminent launch of the company’s top end smartphone.

Explore much more than meets the eye with the power of 5. Ultimate focal length control on the Nokia 9 PureView. Coming soon. #ExploreEveryDetail pic.twitter.com/l9RUWaGpH1

The Nokia 9 PureView sports a 5.99 inch POLED display with a resolution of 2880 x 1440 px. The display panel has an 18:9 aspect ratio and pixel density of 538 ppi. It has minimal bezels on the sides with a significant forehead and chin bezel. The device has an in display fingerprint scanner for biometric security. The Nokia smartphone runs on the latest Android 9 Pie and is Android One certified which implies it will receive software updates for at least two years. The Nokia 9 PureView runs on the dated but reliable 10nm Snapdragon 845 SoC of 2018. The chipset has an octa core CPU and Adreno 630 GPU. The key defining aspect of the device is its photographic capabilities. The rear camera setup consists of five 12 MP sensor and an LED flash. Out of the five cameras, two are RGB sensors while the remaining three are mono sensors. The device has a 20MP front facing camera on the front. It is powered by a 3320mAh battery with support for wireless charging.

The Nokia 9 PureView has yet to receive a concrete launch date as the tweet only announced its arrival without a date. The company has yet to give out details regarding the official pricing of the device. Nokia sold the device for US $ 699 (approx Rs.48,112) so it can be assumed that the handset could priced at or under INR 50,000. The company was one of the global leaders before the advent of smartphones. Its latest flagship will be a great entry to the industry