It was revealed a while ago that Samsung is working on the successor to the Galaxy Watch Active smart wearable released in February this year. The device, purportedly called the Galaxy Watch Active 2 was leaked in images and was expected to launch soon. Now, official press renders of the same have been revealed which suggests it might launch soon. 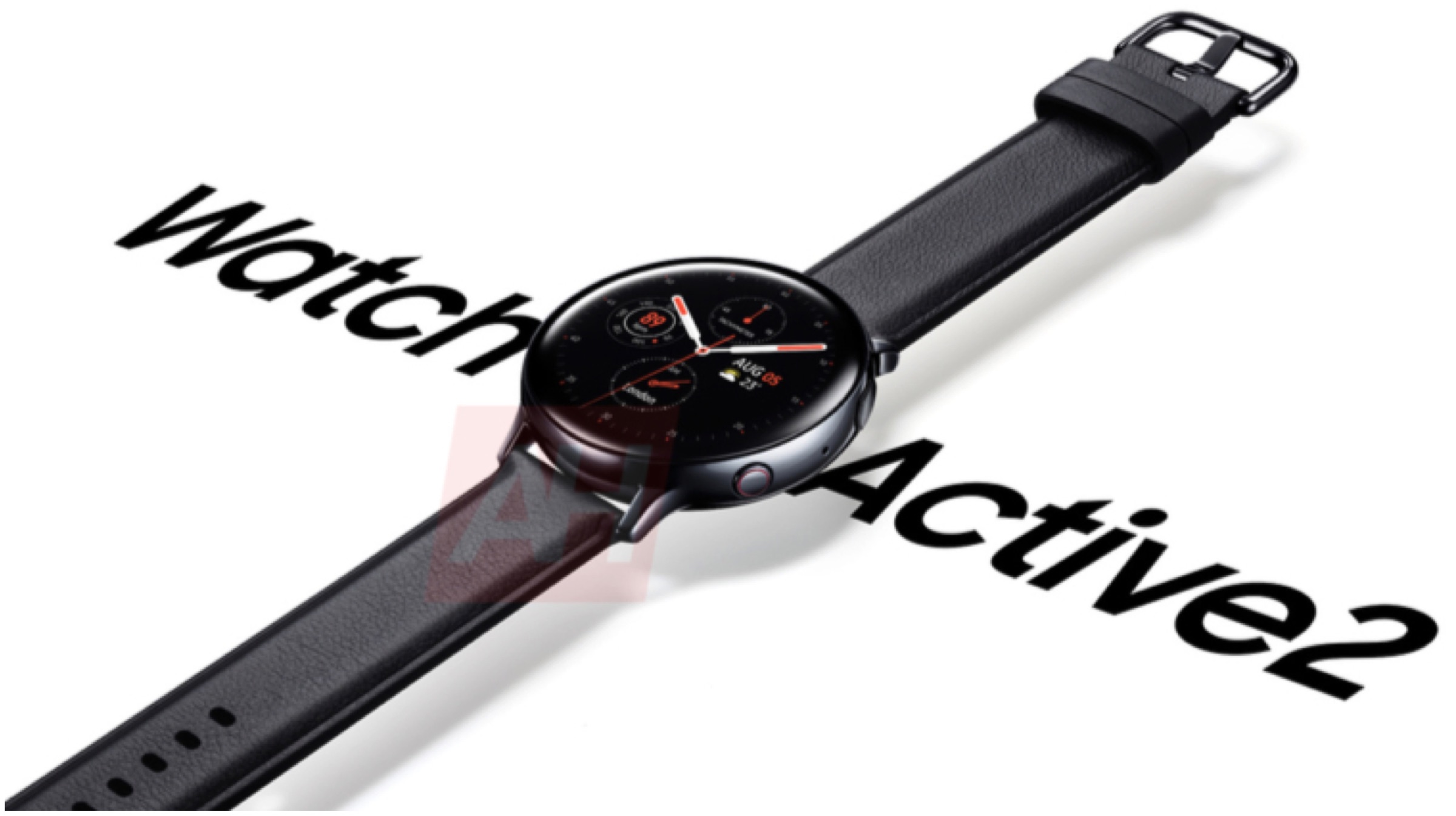 The Galaxy Watch Active 2, as mentioned above, will be the latest smartwatch by Samsung. Official press renders of the device reveal that it will have a similar design to its predecessor. It lacks a rotating bezel, which was last seen on the Galaxy Watch and was also omitted on the first generation of the Galaxy Watch Active. Unlike the first generation though, the upcoming wearable will have a rectangular button on the top right and a red ring around the bottom right button. It may also be available with a leather strap, which was also not an option on the original version. In terms of specifications, it has been revealed that the Samsung Galaxy Watch Active 2 will have two variants; one with LTE support and one with support for just Wi-Fi networks. The former will be powered by a 340mAh battery while the latter will be provided with a 237mAh cell. The smartwatch is said to ship with OneUI version 1.5, which is supposedly a considerable improvement over the current version 1.0. Unfortunately more details like the features, price and the launch date of the Galaxy Watch Active 2 are not known yet. However, the leaked images suggest the device is ready for primetime. It is speculated that the smartwatch may see the light of the day at the Samsung Galaxy Unpacked event next month, which will also see the launch of the Galaxy Note 10 smartphone by the company.