Sections
Top Around the Web
CompareComparing...
399 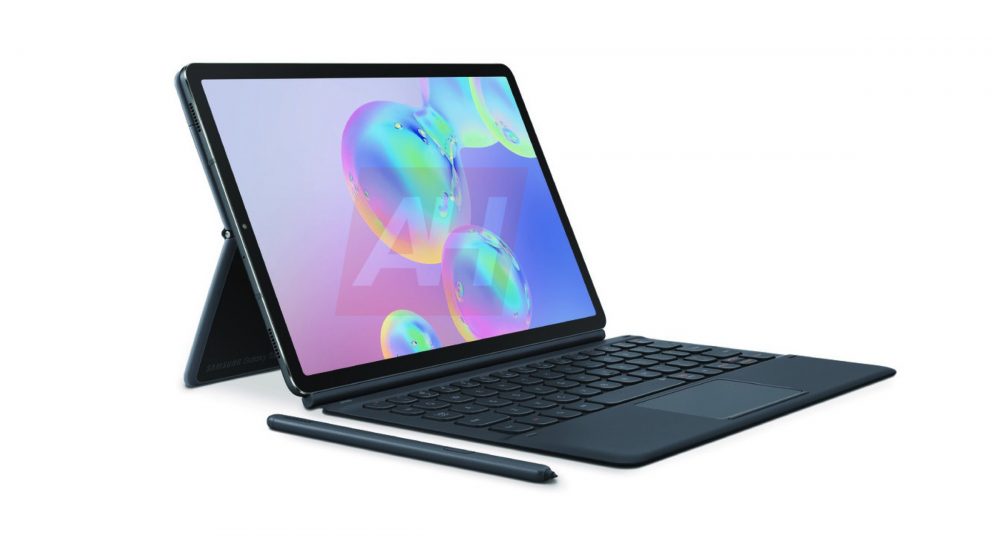 Korean electronics giant, Samsung seems to be on a tablet launching frenzy as of late. Not long ago, it unveiled three new devices which include the Galaxy Tab S5e, Galaxy Tab A 10.1 and Galaxy Tab A 8; according to a fresh leak, the company will soon launch the Galaxy Tab S6 which will pack high end specifications. Noteworthy, the future tablet will be shipped with an S Pen which can magnetically stick to the back of the former.

In terms of design, the Galaxy Tab S6 has a glass and aluminum construction which looks very premium. The front of the tablet accommodates a large screen display which is surrounded with thin bezels on all four sides. The rear aluminum panel of the device has a matte finish and it house the company branding, AKG logo and dual rear cameras. To provide better LTE reception, it also has dual antenna strips on the rear. For readers who are unaware, AKG is an Austrian company which is recognised for manufacturing quality audio systems and accessories. It was incorporated in the year 1947 as an independent company but has now been taken over by Samsung. Therefore products branded with AKG logo are bound to have worthwhile audio performance and similar will be the case with the upcoming Galaxy Tab S6.

Talking about ports and buttons, the right side of the tablet is occupied by the power button, volume rockers and SIM card slot while the left side houses pogo pins which can be used to connect accessories like a detachable keyboard with kick back stand. The bottom of the Galaxy Tab S6 harbors the USB Type C port which is flanked by dual speakers on either side whereas top top side is assumed to be devoid of any seams. Besides, the S Pen that accompanies the Galaxy Tab S6 has also been redesigned into a cylindrical chalk like peripheral. The upgraded accessory has a dedicated button which is likely to support multiple control options with different tap configurations. Even though the current leak does not reveal any specifications of the tablet, they can be derived from prior leaks which are as follows: Also Read: Realme X Vs Redmi K20 : Which One Should You Pick?

To sum it up, the Galaxy Tab S6 seems like a powerful tablet that will directly compete against the likes of the Apple iPad. In order to get the confirmed details including the price and specs, we will have to wait for the official announcement which is expected to happen in the coming weeks.