Vivo NEX 3 To Launch Next Month With A Staggering 99.6 % Screen To Body Ratio

by Yashonil GuptaAugust 26, 2019
0
Now Reading
Vivo NEX 3 To Launch Next Month With A Staggering 99.6 % Screen To Body Ratio
Browse This Page 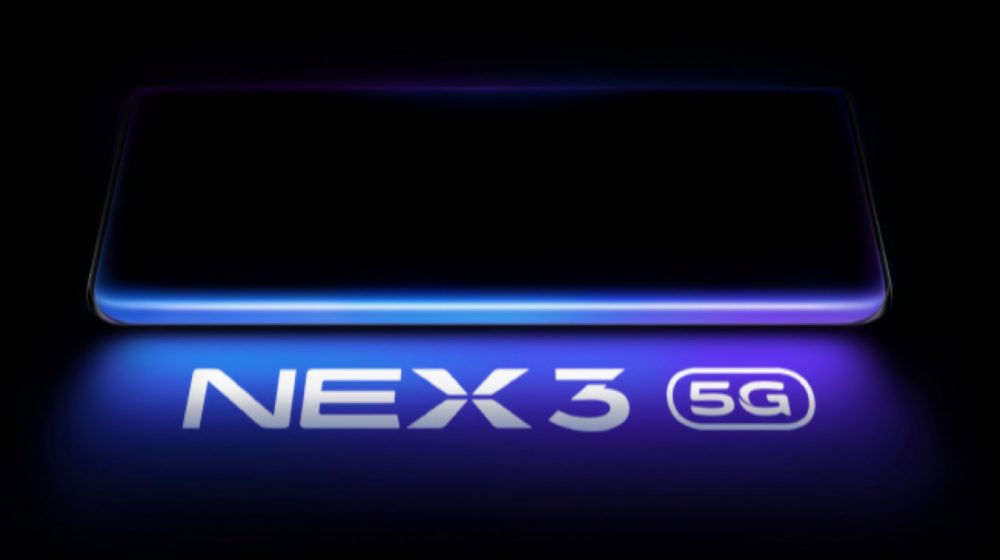 Chinese smartphone maker Vivo launched the first generation Vivo NEX last year. The smartphone was the first to adopt a pop-up mechanism to house the selfie camera; in a bid to increase the screen to body ratio of the device. The company then followed up with the NEX dual display last year. It was another attempt at making a full display handset, this time with a secondary screen on the back of the smartphone. A while ago, it was revealed that Vivo is once again looking forward to pushing the boundaries with the next device in the lineup, allegedly called the Vivo NEX 3. Now, the company has confirmed the handset will be launched next month. Along with the launch announcement, key specifications of the NEX 3 have also been leaked. The Vivo NEX 3 will be the flagship offering by the Chinese brand; and will be the third in the line of smartphones with no notch and a full display. According to the official Vivo account on Chinese social network Weibo, the upcoming smartphone will support 5G networks and have a staggering 99.6 percent screen to body ratio. If true, then it will be the first device to have a screen ratio that high.

In the teaser image, it is visible that the handset will have extremely curved edges, similar to the waterfall display type shown a while ago. These edges may help the NEX 3 in achieving the aforementioned screen ratio. It is also not known what Vivo will do to hide the front-facing camera. Some speculations hint at that being under the display like the prototype shown by Oppo and Xiaomi. A gadget leaker on Twitter has also leaked key specifications of the upcoming Vivo NEX 3. According to them, the smartphone will indeed have a Waterfall display of FHD+ resolution. In terms of optics, it will have a 64MP primary camera made by Samsung. Under the hood, the device will be kitted with the latest 7nm Snapdragon 855 Plus SoC. This will be coupled with features like UFS 3.0 storage, 44W fast wired charging and a 3.5mm headphone jack.

In terms of connectivity, the handset may feature a Hi-Fi Quad DAC, NFC and will have two variants supporting 4G and 5G respectively. Unfortunately more details like the launch date and price of the Vivo NEX 3 are not known yet. However, since the launch is just around the corner, we may not have to wait too long to find out.

Yashonil Gupta
Easily Distracted By Meta Objects, Movie Nerd And Theory Inventor. Yash Covers All Tech at iGyaan
You Might Also Like
LatestMobileTop Around the WebVivo
Read More