Realme XT Has Its Specs Revealed, With 64MP Quad Camera And Snapdragon 712 SoC Realme is one of the newest in the top 10 smartphone OEMs in the world. The company was once an Oppo subsidiary but now exists as an independent brand. Earlier this month, the Realme 5 series was launched in India in an event that also teased its upcoming flagship the Realme XT. Now, the latter has its key specs revealed according to a report from China. 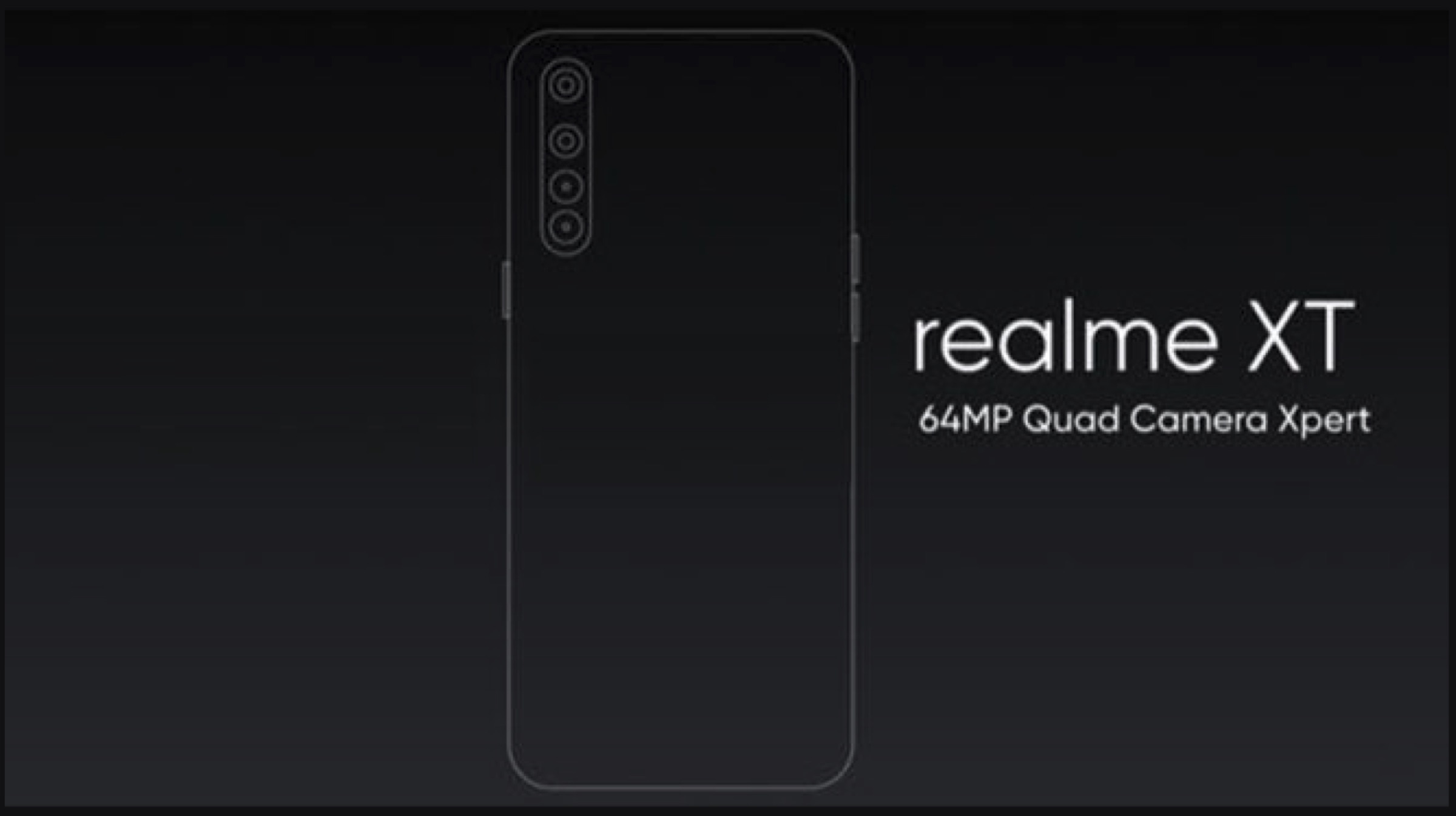 One of the highly advertised parts of the latest generation Realme smartphones is their cameras. The Realme XT, along with its other new-generation device, sports a quad-camera setup on the rear. However, the XT differs from the rest with a 64MP Samsung GW1 sensor that the company has just unveiled. The primary shooter has an f/1.8 aperture while the remaining three cameras include an 8MP wide-angle lens, and two 2MP Macro and Depth sensors respectively. On the front, the selfie camera is a 16MP shooter, much like the Realme 5 Pro. The Realme X was launched just two months prior so the XT wouldn’t be a direct successor to it. Rather, the device can be considered a separate variant with a slight bump in specs and features. The Realme XT sports a 6.4 inch Super AMOLED display with a waterdrop notch on the front. Furthermore, it also has an in-display fingerprint scanner for biometric security. It features Qualcomm’s Snapdragon 712 SoC alongside 4GB of RAM and 64GB of internal storage. The device will be available in two variants with 6GB + 64GB or 8GB + 128GB. Realme XT is powered by a large 4,000mAh battery which supports 20W VOOC 3.0 fast charging The Realme XT will run the Android 9 Pie-based ColorOS 6 skin and will be offered in Silver Wing White and Pearl Blue colour options. Unfortunately, the exact pricing for the two variants of the device is currently unknown. However, it is confirmed to launch next month in China. According to the company, an Indian launch will arrive sometime before Diwali.

likethis
What's your reaction?
Awesome
100%
Epic
0%
Like
0%
I Want This
0%
Meh
0%
Source
Weibo
Posted In
Latest, Mobile, Realme, Top Around the Web
Tags
Realme XT
Realme XT
About The Author