Late in 2010, an iOS version of the popular, open-source VLC media player appeared on the App Store. But by January 2011, Apple had pulled the app, facing possible litigation from one of VLC’s original creators. According to a report from Ars Technica, version 2.0 of the app has now returned to the New Zealand and Australian App Stores, with a U.S. launch scheduled for late Thursday night and worldwide roll out later.

The visual appearance of the app has remained fairly consistent to the old version from 2010. The app was completely rewritten and is much faster thanks to modern output modules for audio and video, and offers multi-core decoding and support for any video files available in VLC media player for desktop operating systems.

Along with the faster performance, VLC for iOS 2.0 has a number of new features, including the ability to sync media via WiFi, Dropbox, 3rd party apps, or web download. It also added support for network streams, video filters, subtitle rendering, and more.

VLC supports a “WiFi Upload” feature as mentioned above, that lets you upload files through a desktop web browser running on the same local WiFi network, as well as a new “Download from Web Server” option where you can enter the URL of a file you want to download within the app. The app comes with support for iTunes file sharing, and Dropbox integration.

Back in 2011, VLC developer Rémi Denis-Courmont filed a complaint against the original VLC iOS app, created by developer Applidium. At the time, VLC was licensed under the now-outdated, open source GNU General Public License version 2.

likethis
What's your reaction?
Awesome
0%
Epic
0%
Like
0%
I Want This
0%
Meh
0%
Posted In
iOS, Latest
Tags
VLC
VLC
About The Author

Shivaank Rana
iGyaan's Carlos Santana! Shivaank loves Apple products! He stays up to date with the latest happenings of the tech world and gets his hands dirty with the latest Gadgets! Follow Him on Google Plus : Google+
You Might Also Like
iOSLatest
Read More 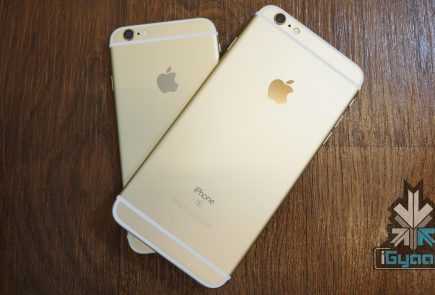