American technology giant Apple holds its annual World Wide Developers Conference (WWDC) each year to showcase its software prowess to the world. Much like the Google I/O, it is also aimed at developers to create new applications for the company’s products. It was earlier known that the WWDC 2019 will be held from the 3rd of June to the 7th of June. Now, the company has sent out official invites confirming the same and it has been revealed the event will be held at the San Hose McEnery Convention Center, San Jose, California. On the first day of the event that is June 3, the release of Apple’s upcoming Operating System (OS) for iPhones and iPads, the iOS 13 is also expected. 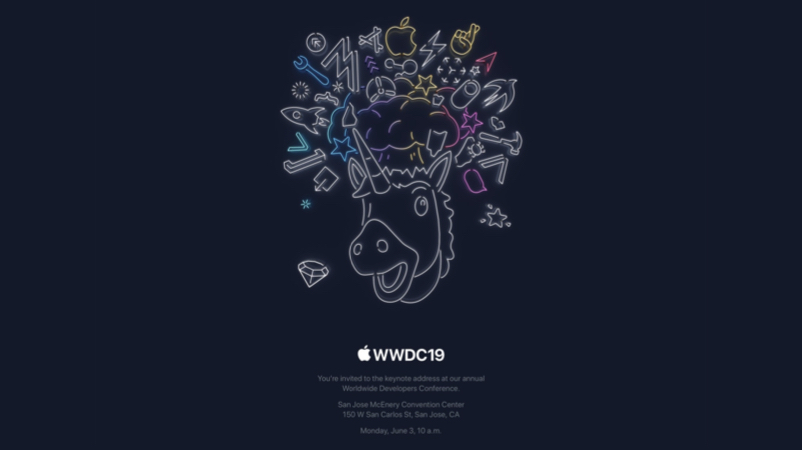 The 2019 edition of the WWDC event as mentioned above, will take place next month. Like each year of the conference, Apple is expected to showcase the advancements they have achieved with their software. The OS that the company is expected to showcase a new version of is the iOS for its mobile devices, macOS for its computing devices, watchOS for Apple Watch wearable and tvOS for Apple TV. It is also speculated that Apple will provide additional information regarding its new services namely its Credit Card, TV+ and Arcade game subscription service. In the past few years, the company has also launched hardware at the event. But, with the latest launch of updated MacBook Pro earlier this week, it is all but confirmed the WWDC 2019 will focus on software only. Also read: ARM Terminates All Ties With Huawei After US Ban

Out of all the aforementioned software by Apple, the most anticipated remains to be the iOS 13. It will be a successor to the iOS 12 launched at the last year’s WWDC and is expected to bring out major changes to the design and usability. The changes that are expected in the iOS 13 is the introduction of Dark Mode, Undo Actions in the keyboard, a new multitasking switcher for iPads and an upgraded Mail app. The latest version of the OS is expected to be better optimised for one-handed use for the upcoming iPhones and iPads. Its Beta version may be announced on June 3 with a wider rollout to be followed later in the year.