Alleged Nexus 5 Images Leak As It Passes Through FCC 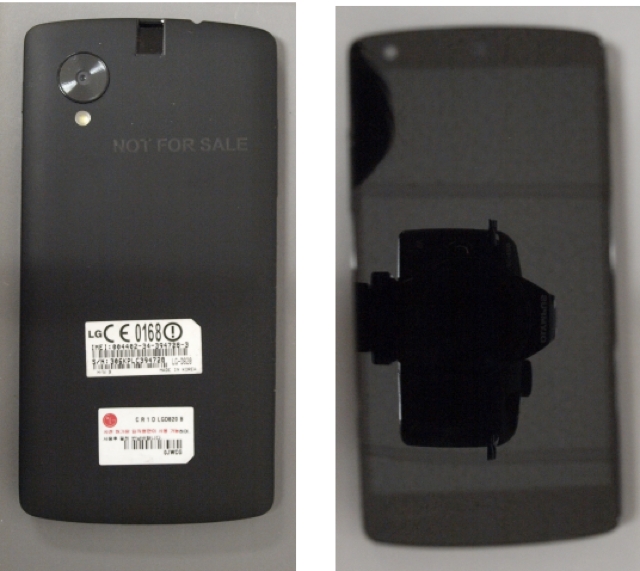 We’ve seen glimpses of a device that resembles a next-generation Nexus — it even has the eponymous logo on the back — in a Google promo video, and today we see a similar product added to the FCC documents of the Verizon LG G2. Strange, we know.

PhoneScoop spotted the FCC filings with the images and you can see the resemblance of the tested phone with the one in the Google video that was quickly pulled.

As seen in screen captures from the promo vid, the Nexus 5 looks to have a much larger camera lens than the previous version, but retains the rounded corners of the Nexus 4. One of the biggest changes is a move away from a glass back, as pretty as it was, in favour of a rubbery polycarbonate that should be a lot more durable.

It’s unclear from the photo what size the screen is, but we’ve been lead to believe Google has opted for a 5-inch 1080p display, slightly smaller than the upcoming LG G2.

LG Nexus 5 should become available sometime in November with the new Android 4.4 KitKat operating system flavor loaded on top.  LG did a great job on the Nexus 4 and with newer hardware — think a Snapdragon 800 chip and full HD screen — the Nexus 5 is already looking good.