Sony today launched the all new lens cameras, DSC-QX100 and DSC-QX10 adding up to its Cyber-shot range. These cameras can easily clip on the smartphone and can be connected via NFC.

Both the lens cameras fits in all the popular smartphones, as said by the company and the connection to the phone is made via NFC and the latest version of Sony’s PlayMemories mobile app. The lens cameras do not have to be necessarily attached to the phone all the time as they can be placed anywhere the users want it to be and the shutter can still be controlled from the mobile. The DSC-QX10 weighs 105 grams with the battery, the device has a 18.2 MP Exmor R CMOS sensor with the Sony G lens. The device has a 10x optical zoom range, along with a SteadyShot, which the company claims will combat with the camera shake, give steady and blur free videos. On the other hand, the DCS-QX100 has a 1.0 type Exmor R CMOS sensor with 20.2 MP, this device has dedicated keys to control the zoom and shutter release on the camera body. This device is teamed with a wide aperture Carl-Zeiss Vario-Sonnar T lens with 3.6x optical zoom that also include a Optical SteadyShot.

Both these devices have BIONZ processors which the company claims will give natural, detailed packed stills and HD videos along with superior audio. The DSC-QX100 has a dedicated control ring for adjustment if manual focus and zoom. 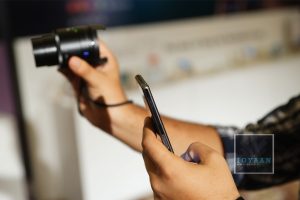 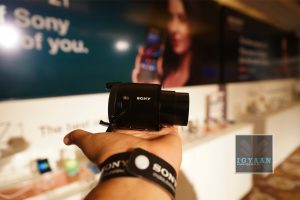