Samsung Gear 2 and Gear 2 Neo: Everything You Would Like To Know

by Preetish GumberFebruary 24, 2014
0
Now Reading
Samsung Gear 2 and Gear 2 Neo: Everything You Would Like To Know
Browse This Page

Putting all the rumors to an end, Samsung has officially unveiled the Samsung Gear 2 and the Gear 2 Neo. Just after five months of the Galaxy Gear’s launch, Samsung is now ready with the new generation of the Gear by removing its much loved ‘Galaxy’ tag.

Samsung at Mobile World Congress has started with announcing the Samsung Gear 2 and the Gear 2 Neo, both of which should address most of its predecessor’s negative points, as per Samsung. The Galaxy Gear was launched last year along with the company’s entry into the wearable devices. However, the Galaxy Gear was not appreciated by many folks, simply because of the price it was offered for and the limitations of usability. Samsung’s Galaxy Gear was launched in India for 22,900 INR and after a considerable price drop, interested gear lovers can now own it for roughly 15,000 INR. Talking about the new launch, Samsung has now left the Galaxy tag with these new watches because of the change of OS from Android to Tizen. Samsung says that with the new operating system and the new Samsung Gear 2, users can get a 3 days of battery power in one charge.

Furthermore, the company has not only made software changes but also has changed the design. Having said that, the new Samsung Gear 2 has a camera at the front, which certainly enhances the look of the wearable as it avoids the big bump as on its predecessor. Even the mic has shifted to the watch from the strap. Both these changes can allow users to swap the bands, and probably will give users a chance to personalize the look of the device.

Samsung has also included its favorite home button to the new Gear 2, which was missing on the Galaxy Gear. As Samsung has launched two variants, the Gear 2 and the Gear 2 Neo; the specification remains somewhat same for both. Talking about the specifications, the new wearable device sports the same 1.63-inch 320 x 320 pixels touchscreen, the watches are powered by a 1 GHz Dual Core processor, which is am upgrade from the 800 MHz processor seen before. Further in, the Galaxy Gear 2 is packed with a 4 GB internal storage and 512 MB RAM, infrared, S Voice, a heart rate sensor, IP67 certification(Water and Dust resistance). 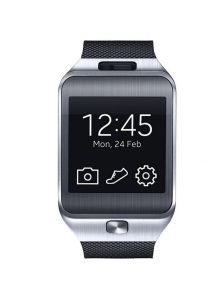 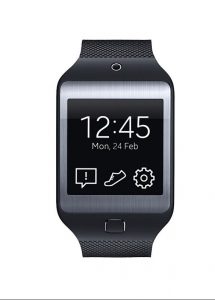 The only major difference between the newbies Gear 2 and the Gear 2 Neo is of the camera. The Gear 2 features a 2 MP AF camera which can take 720p video and on the other hand, the Gear 2 Neo is missing on the camera. Samsung has not shared the price details, but it should be out soon. Stay tuned for more details! 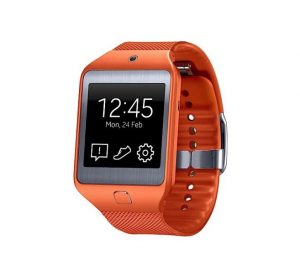 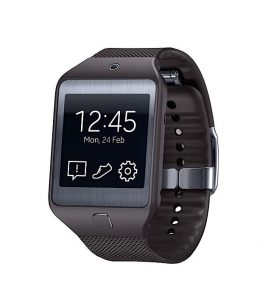 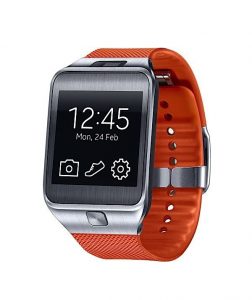 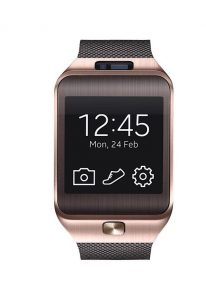 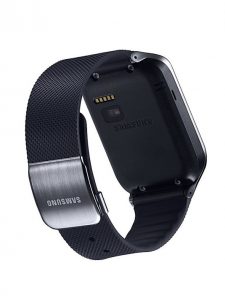 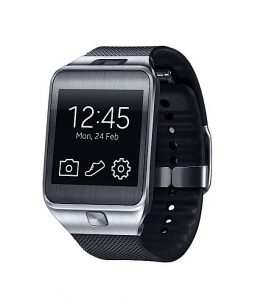