A German Village Built its Own Broadband Network

Lack of internet connectivity sounds may be a problem of the past for a few. Well, that’s certainly not the case for most of the German villages around the Danish border. Small towns and villages with population of mere 600 people can’t connect to the internet. But for the Germans, this sounded more like a challenge than a problem. The people of  a small village called Löwenstedt have come up with a solution; building their own network. History of innovation and development triggers with the absence of it, this German village proved it right. 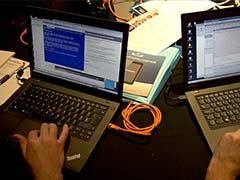 The village’s Mayor said that they never found a  company willing to supply the necessary fibre-optics, which will be around 22km of stretch. Some 58 other communities in Northern Friesland face similar difficulties and so the idea was born of clubbing together businesses, individuals and villages to secure access to a modern technology that is taken for granted in most German towns and cities.

This network will work wonders not only the youth to get connected to the outer world easily, the network will also be used to establish more business, effective trade and help in the agriculture sector which is biggest part of economy in the village.

The firm working with the village people has collected more than €2.5 million ($3.4 million) in funds with the help of 925 shareholders who each contributed a minimum of €1,000. 94% of household from the village already signed up  to the network for two years even before it started functioning.

Peter Kock, who runs an agricultural technology supply firm in the village, couldn’t be happier with this initiative. “It’s brilliant. There’s no comparison,” he said.  Now data files that used to take two hours to load onto his computer screen now appear in just 30 seconds. This not only helped his business growing but also benefited his customers who can now easily check the availability spare parts online.

For now, however, it is only the village of Löwenstedt that has succeeded in mobilizing the solidarity of its inhabitants to build a high-speed Internet network. Other villages have been slower and have found it more difficult to follow Löwenstedt’s lead.

What villagers of Löwenstedt has done, this has been done earlier around the world. Companies don’t want to do the “last mile/km” because they will not get the money back in subscriptions. Even now after putting in the system, only 68% of the population is subscribed; to most companies that is unacceptable. Especially if your young population is leaving in droves and the majority of the local population is over 50.

likethis
What's your reaction?
Awesome
0%
Epic
0%
Like
0%
I Want This
0%
Meh
0%
Posted In
Government, Law and Policy, iGyaan, Latest
Tags
broadband
broadband
About The Author

Parul Ritvik Sood
iGyaan Network's newbie, Parul is a Writer, Poet, Reader and Mass Communication Graduate with great interest in startups and entrepreneurship.
You Might Also Like
Government, Law and PolicyiGyaanLatest
Read More