LG introduced its ULTRA HD TV line up with Web OS technology at the India Gadget Expo. These TVs have some of the best resolutions in the market, and the Ultra HD content showcased was spectacular to look at on the displays.

The USP of the TV is a Web OS based user interface. LG claims that it’s the simplest Smart TV to set up and operate. The sound system on the TV is a 5.2 channel system designed by Harman Kardon, which LG claims to provide an immersive experience when coupled with the stunning images on the screen. 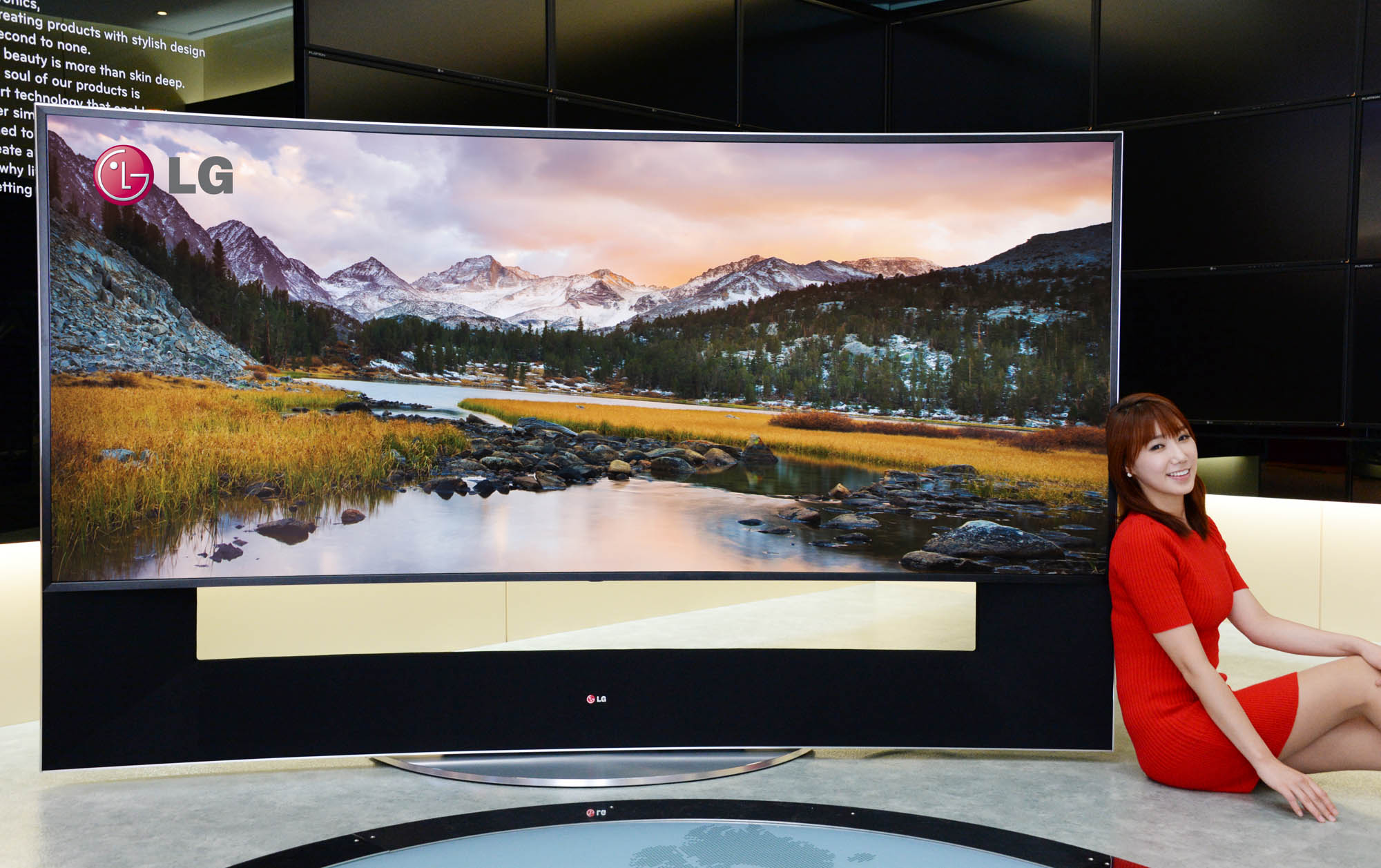 The OLED Tvs from LG had some spectacular Displays

LG ULTRA HD Tvs incorporate IPS panels that give exceptional color accuracy and a consistent picture quality at any viewing angles. LG’s ULTRA HD Engine Pro powers the 4K resolution (3840 x 2160) of the TV. There is also a proprietary chip that works with the engine to eliminate any visual artifacts. The ULTRA HD TVs also have the ability to upscale standard HD and Full HD content to near 4K quality.

Another offering by LG was the CINEMA 3D TV. These TV’s provide realistic 3D effect with minimal flicker in 4K resolution. This year the TV’s are equipped with advanced 3D conversion engine so that it can add depth to the 2D content.

The Web OS system was a mobile OS platform developed by mobile phone manufacturers Palm. The company sold the OS to HP, who later sold it to LG. LG had been long talking about including Web OS on its TV, and the result is rather encouraging. The OS itself is looks clean and extremely easy to use even for novices. The Magic Remote will make life easy for a lot of Couch potatoes.

The remote, called the Magic Remote (“The Wand” might have been a cooler name) provided with the TV works like a mouse or a Kinect system from Xbox. It makes it easier to access content. A launcher menu is accessible from the bottom of the screen. This easily customizable panel helps to access the featured options of the TV like YouTube, Netflix, or other apps added by the user.

Web Os is also open to third party content providers, and additional apps can be installed on the TV from the LG App Store. Contents like latest movies, television shows and games are on offer at the App store. From the Live Menu in the TV’s, you can browse your content and the Today menu shows you an entertainment listing so that you are never short of viewable options.

LG’s design reasoning with these TV’s is to bring simplicity in the operating of Smart TVs. Together with the Ultra HD TV, the Cinema 3D TV and the Curved OLED’s, LG hopes to capture 30% of the market share by the end of this year.

LG has put some strong 4K and 3DTV contenders in the market. It’s now for the consumers to see if they want to be with their old idiot boxes or if they want to shift to intelligent Smart TVs which combine the TV and internet experience in one device; that too with incredible picture quality. Even at their exorbitant prices, these TVs are worth the money.

likethis
What's your reaction?
Awesome
0%
Epic
0%
Like
0%
I Want This
0%
Meh
0%
Posted In
Displays and Monitors, Entertainment, Latest, LG
Tags
LG
LG
About The Author

Happy Nagashetti
iGyaan Network's newbie Happy is a Technological Hedonist, Traveller, Photographer, Curious Humanoid and a giant foodie who is always pumped up for new adventures.
You Might Also Like
Displays and MonitorsEntertainmentLatestLG
Read More