When we first heard about the LG G3 we had doubts of its performance capabilities, especially considering the 2K display would take a massive toll on the chipset, especially the GPU. However, that is not the case at all, the LG G3 seems to be unaffected by the behemoth resolution display, which leads us to believe in magic! Okay random jokes aside, the fact of the matter is that the chipset can easily handle the display and everything else you throw at it including heavy apps and games and still have room for breakfast and the morning specials.

The display on the LG G3 mostly runs on 1080p and thats because most of the apps and content hasn’t been designed presently to take the full advantage of the marvellous display. This sort of ensures better performance from the handset.

The G3 is great in benchmarks too, getting high scores despite requiring the 2k display power; LG has managed to really put its optimus-izations to good use (get it?). Getting great benchmarks is one thing and real world performance is excellent, almost as good as it gets on Android Kit Kat 4.4.2 which by the way is skinned with LG’s fantastic new UI.

Gaming is absolutely phenomenal, thanks to the brilliant display and the way you get to hold the device. The audio is good and loud and the gaming will take a huge advantage of the IPS + panel with its almost 180 degree viewing angles, you will not complain. Now if Gameloft and EA could start building 2k games, this bad boy could really be exploited, however if you want a better gaming experience, use a PC or Console.

Don’t get us wrong, its not the first 2K display smartphone out there, but is still one of the easiest to get and one which comes with matching specs to boot, from a renowned global manufacturer. The 2K display ensures that your phone will be future proof in the display department for at least a year, if not more. With companies rolling out 2K displays next year, LG G3 owners will look at buyers smugly, as they whip out their phones.

The 2K display is simply gorgeous to look at, each time you turn it on, you almost go “aah, what joy” and then turn it off to turn it on again. LG has improved on the display features quite a lot, with knock code and knock on tech being taken to the next level.

You can also now use gloves with the G3 thanks to the extra sensitivity feature, and the knock code allows you to unlock with your pattern anywhere on the screen when its off. 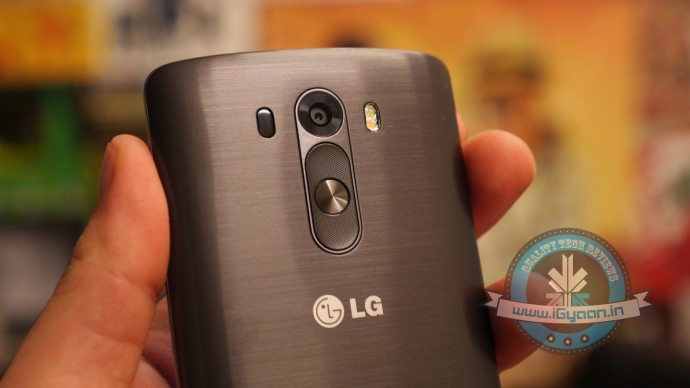 LG has truly simplified their camera interface, allowing for mostly tap to capture, that will create multiple pin type focus points before capturing the image. The feature is taken from DSLRs say LG, however it may not be that great. But, compared to any other phone, it’s super fast and really accurate.

The camera is good with accurate colour reproductions and the right amount of exposure, leaving HDR on auto leaves a lot to be desired and honestly we have seen better from the likes of LG.

The Images however, are crisp and sharp and we couldn’t complain with the inbuilt OIS which by itself is a very big deal and works well. Videos thanks to the OIS are stable and smooth and 4K footage will look fantastic on the 2K resolution display. Plug it to your 4K display to enjoy large screen output. The front camera also has interesting features including a publicly awkward Hand Raise and squeeze movement that will allow the phone to take a selfie without physically touching the phone, you can also stick to the traditional LG voice to click phrases : “Cheese” “Whiskey” and “LG”.