India May Plan a Sequel to the Successful Mars Orbiter Mission

by Happy NagashettiOctober 30, 2014
0
Now Reading
India May Plan a Sequel to the Successful Mars Orbiter Mission
Browse This Page The Oppurtunity to reach Mars arrives every 26 months, so ISRO may send a craft by 2018.
Share via

The day India reached Mars was one of the proudest moment for the country in recent years. The spacecraft, also known as Mangalyaan took an epic voyage of close to ten months to reach the red planet. A feat that is achieved by only 50% of the space crafts and the Mars Orbiter Mission (MOM) achieved it in its first try. Now it seems that the scientists, while riding in the thrill of their phenomenal achievement, have begun toying with the idea of a second rendezvous with the neighboring planet.

S.K Sivakumar, Director of the ISRO Satellite Centre said that the Indian MOM of 2013-14 should have a successor, but as of now it is not an active thought, neither is it in the realm of any planning yet.

The director also added that his organization has achieved much maturity ever since the success of MOM. But any proposal for a second Mars mission will have to be first passed by the Advisory Committee for Space Science (ADCOS,) a think-tank that advises the government on its missions. 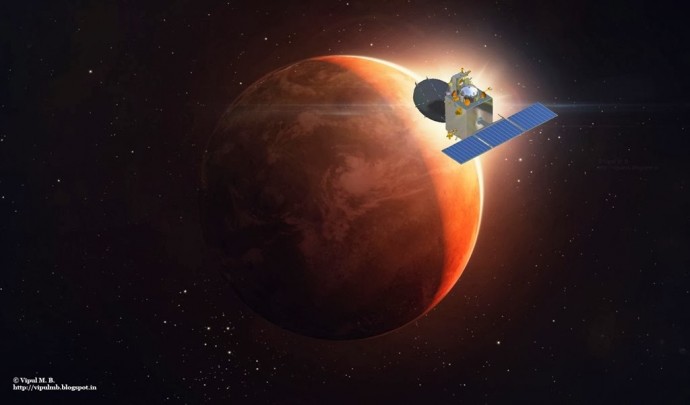 The Oppurtunity to reach Mars arrives every 26 months, so ISRO may send a craft by 2018.

MOM was especially lauded for being a cheap project. But considering the massive waiting period and uncertainties involved, ISRO should dig deeper into its pockets for more audacious plans for a sequel. A lander would ideal to launch, and if successful, it will again make India, the first developing country to land a rover on Mars.

The window of opportunity to reach Mars efficiently arrives every 26 months. The next window opens in 2016 which would too early for a launch. Hence, the scientists are contemplating a 2018 launch if at all it is sanctioned. We hope ISRO does plan this and it sparks scientific interests amongst the population, especially the youth and push a science-oriented culture.